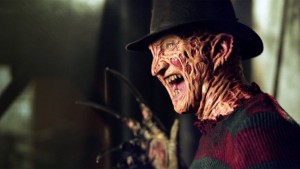 Freddy Krueger is the image of persons conceived in rape for most people.  Lyndsey Graham, Billy Graham, Donald Trump & millions think Freddy Krueger is every rape conceived. Since I don’t watch horror shows I had no idea the story behind Freddy Krueger. A couple of days ago in talking to a newly acquired friend she told me the story and I literally wanted to throw up. As a rape conceived person it gets really old hearing the horrific insults about what people think I am. But to know that a movie depicting one of the most famous monsters of all times is depicted as a rape conceived person is beyond understanding. Wes Cravens, who died of brain cancer, creator of Freddy Krueger, like most of society had a crazy image of the rape conceived person in his mind. Cravens helped solidify that image in the many minds who watched these movies. My friend said after watching that movie she thought for years that rape conceived people really did turn out to be evil monsters. What an insult to mothers and children of rape conception everywhere. But since it’s a rare occasion when a mother or child of rape conception actually is heard society continues to create horror stories in their imaginations.

Go to YouTube videos defending the rape conceived and you’ll read hundreds of thousands of comments demanding the death of what is believed to be the most evil creature on earth…the rape conceived baby. Shouldn’t it be the rapist that the world hates? Nope. It’s the baby and second runner up is a mother who loves a rape conceived baby. The arrogance and/or ignorance of people like Lyndsey Graham, Billy Graham, Donald Trump and Wes Cravens continues to perpetuate legal abortion and the abuse of innocent mothers and children. What they are saying to mothers is that you are carrying a monster and if you love that child you too are a monster. The real monster who raped the woman gets nothing. In fact he may just get a pat on the back from other men.

Lyndsey Graham recently uttered the words” “If a woman is raped in Ted Cruz’s world she’s gonna have to carry the baby of a rapist. I’m pro life but I’m not going to go there.”

Graham takes that woman’s baby away from her and gives the baby to the rapist like so many people do.The child is hers. Isn’t that pro abortion advocates say? So why the switch and say this baby is the rapist’s? And forget choice because out of hundreds of mothers of rape conceived I’ve spoken with only one person was believed to have been raped. This is especially the case when a mother wants her child and is strong enough to fight family, doctors, friends and society they are called liars. My mother was called a liar too. 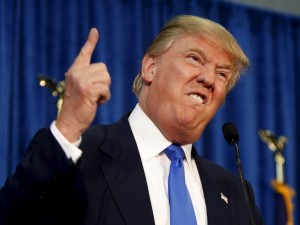 Trump like many others does not know the definition of pro life. He’s “pro life” but the blood on his hands while agreeing to murder those conceived in rape says otherwise. Trump says, “I absolutely am for the exceptions, and so was Ronald Reagan for the exceptions, by the way,” said Trump.  “There’s nothing wrong with that.  You have to do it, in my opinion.”  Nothing wrong with that? You have to do it? So a “pro life” advocate thinks there is nothing wrong with killing people like me and even goes so far as to say YOU HAVE TO DO IT? (yea I know I just broke the rule in writing. I coudn’t help myself)Does that mean that those who “got away” should be killed too if it’s necessary to kill us in the womb?   I am proof you don’t “have to do it!” And there are countless numbers of people who didn’t have to be killed. How do people get by with saying things like this? This kind of attitude shows arrogance to think their lives matter but mine doesn’t.

People act as though they are thinking of the woman and having compassion on her when she has conceived in rape. But to suggest a woman kill her own baby is not compassionate in the least. It is far worse to be a killer than a rapist. And the emotional consequences mothers feel after aborting are horrible. Victims know better than anyone that killing is worse than rape because they are living to tell the story.  Why aren’t people concerned about the countless women in prison who just so happened to also have had abortions? When will deduction set in and eyes be opened to the horror abortion does to society. It’s not the rape conceived destroying lives, it’s the lies that people believe. 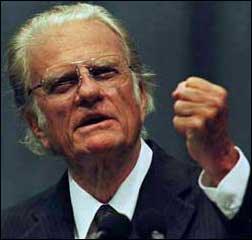 So a Senator and a presidential candidate haven’t got a clue, but what about a minister of God? Nope he’s as clueless as anyone else denying God the right to place His image on the rape conceived. Billy Graham denies that God is the author of all life because he and his foundation maintain that abortion is “acceptable in case of rape or incest.” He will find out when he meets my creator that it is far from acceptable to destroy the life God has placed in a woman’s womb.

Who really believes a rapist is capable of creating life? If that were so I think women wanting babies would be lining up at the rapists’ homes instead of fertility clinics. It is ridiculous that intelligent people cannot use their brain to think logically through this. Does anyone want to be killed for another person’s crime? Of course not. But they have no problems saying it’s OK for to kill an innocent person conceived in rape. Does anyone have control of how they were conceived? Of course not but that doesn’t stop Lyndsey Graham, Billy Graham, Donald Trump, Wes Cravens and National Right to Life from fighting to kill innocent preborn people who were placed in a womb after rape. There is no reasoning to their thinking. The wise are not so wise displaying illogical and insane conclusions. National Right to Life has ousted organizations from their association for being truly pro life for all preborn babies.

1 Corinthians 1:27-28 talks about God taking the base things to shame the wise. Base in Greek means of no kin or illegitimate birth, worthless. There are none more “worthless” in the eyes of the world than the rape conceived. So God will have the final word. When all is said and done there will be no one able to stand before Him with blood on their hands. There will be no excuse because everyone knows the baby is innocent. Mothers want their babies but society pushes them with insults and threats if they don’t kill their babies. What a demonic society that acts like they don’t want to “force” a woman to carry a rapist’s child all the while “forcing” her to kill her baby because the world hates the child. Some say that the child will not have a happy life and will be miserable along with the mother. I can guarantee that the majority of people I know conceived in rape, and I know hundreds, agree that we’re glad to be alive. The only times we or our mothers are “miserable” is when people like Lyndsey Graham, Billy Graham, Donald Trump and especially Wes Cravens calls us names and say we deserve to die. They are the ones “reminding mothers of their rapist.” People who demand that innocent babies be killed are more like the image of Freddy Krueger than the rape conceived.

In reality Freddy Krueger is absolutely nothing like the rape conceived person. Humanitarians like James Robison, people saving lives like firefighter and EMT Monica Kelsey and Marine Russ Smith, former Navy, former police officer and former Mayor of Ft. Collins Ray Martinez, Pastor Tim Wessel and 8 other ministers,bio chemist Sharon Isley, Dr. Jennifer Cook and many more that want to remain anonymous could be saving your life without you even knowing it. I speak to amazing people all the time that admit they were rape conceived after I tell them I was conceived when 8 men raped my mom.

When I go to give blood no one asks how I was conceived. My blood is O negative-the universal donor. Those same people who say I should be killed if they were dying wouldn’t hesitate to take this “rapist’s blood” flowing through my veins! I’m sure someone is alive today not even knowing that my blood or some other rape conceived person’s blood saved their life. When will the insanity stop? When will the discrimination stop? When will rapists be prosecuted and convicted and victims no longer interrogated like a criminals.

If flags and statues are being removed because they are “offensive” the rape conceived are way overdue for some anti discrimination laws starting with no rape conception killings. Please do not use the words “pro life” if you are willing to shed on drop of innocent preborn baby’s blood that ends in their death. When will the idea be abolished and our society no longer considers killing their own preborn babies because of convenience or “feelings.” Shame on all of you who say rape conceived persons should be killed in our mother’s womb. Shame on all of you who act like you’re working for God but you’re working for satan. God will not be mocked. Whatever a person sows so shall that person reap.