A mother writes to Bill Maher after his comment  “I hope you enjoy carrying your rape baby to term.” Jennifer Christie an outspoken mother who was left for dead after a brutal rape explains eloquently who her son is.

Dear Mr. Maher,
I forgive you.
I forgive you for that moment last Friday when, with one sentence, you disparaged an entire people group. Mothers and fathers and husbands and wives, brothers and sisters..
Children.
With one sentence you showed contempt for human life based on nothing more than how that life came to be.
On the enormous platform you have somehow been granted, you advanced the lie that pregnancy from rape is a tragedy. A sequel to the original nightmare.
I don’t know any woman who has had a “rape baby.” I conceived my 6 year old after a brutal assault, that’s true, but he isn’t a product or a punishment.
He’s not a rape baby.
He’s my son.
He’s not a rape baby.
He’s a gift.
He’s not a rape baby.
His name is Joshua.
I forgive you.
With one sentence, you intimated that abortion was necessary in cases of sexual assault.
What you’re really promoting is violence on top of violence as the solution to the “problem” of life.
You don’t know.
You won’t understand.
I don’t expect you to.
But I also don’t expect you to speak as one who does.
With one sentence, you took a stand that furthers stigma. Discrimination.
Hurt.
The truth?
The child from rape is the sun shining through the rain, the smile that radiates beyond tears, the faithful joy in the morning.
You said your one sentence.
You made your statement.
Here is mine:
Choosing life is choosing love and love never fails.
In that spirit,
in His spirit,
I forgive you.
Sincerely,
Jennifer Christie
… and Joshua 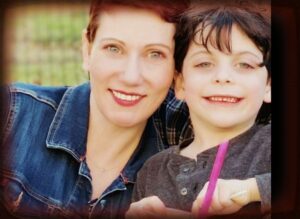 Beautifully said! Those of us who hear hateful words MUST forgive. If we don’t we are left rotting away. We cannot allow evil to destroy us. Evil thought it had won after rape. It’s brutality determined to not just take the body but the soul as well. Christie along with so many mothers and other children conceived after rape refuse to allow evil to go any further.

What we hear can hurt. But we have the choice to let it stop at our ears or penetrate to our heart. We must continue to fight evil with good. The bible says there is only one who is good and that is our Creator! He has given us instructions on how to defeat evil. I encourage everyone to read the bible for themselves. It truly is the source of life. All humans are created by one Creator. Rapists cannot “create” another human. When we realize we have not made ourselves and there is a supreme being life becomes purposeful in our navigation. Not always easy but definitely victorious.

Children conceived in rape are fighting evil. Our lives prove we are not our conception. No one is. We all have that choice to become evil or do good. As evil seems to be rising in power in our day let us remember that every act of kindness has a ripple effect.  Remember the starfish story? A young boy was throwing starfish back into the sea. A man came by and said it didn’t matter because there were thousands and the boy would never be able to throw them all back. The boy replied,”It matters to this one …and this one…” as he threw one starfish after another back into the ocean.

The prejudice and abuse to women and children after rape conception may never end. But CHOICES4LIFE is helping one life at a time sometimes many at a time to overcome they prejudice. We help girls who were raped or trafficked find their lives again, physically and emotionally. These moms desperately cling to their babies conceived after rape. They know life is better than death. Their baby would also be a victim if killed. Since the moms were given a second chance on life they feel compelled to give life to their innocent babies. Many have no families. Some families are the traffickers. To the young mother pregnant after trafficking, her baby may be her only family!

Bill Maher has no clue. Most people don’t know what happens in the real world of rape conception. They imagine they couldn’t go through with it. Several women have said that’s how they thought…BEFORE it happened to them.

Would it be ok to say ” I hope you enjoy carrying your “Jew” baby to term or “N” baby to term? People forget that Jews and blacks were treated like non humans. Maher is half Jewish so I’m sure he has some feelings on the subject of how the Jews were treated. It is unfortunate that people who don’t want to be treated as less than human will turn around and treat others that way.

The rape conceived and our mothers listen to this trash everyday. People are fighting for equal rights with great rage. So why are there no “equal rights” for rape conceived in the womb. “Pro Life” legislation has a history of deeming the rape conceived worthy of no rights to “equal” protection.  As a public speaker I was confronted many times to my face with “you should have been aborted!”  When asked why I was told because I have rapist’s blood and I might be evil like that person. What?

Each one of us has DNA stretching back to the beginning of humanity. History recorded the first human family having a murderer. None of us is free from the potential of evil. It’s always a choice. And is murder a lesser crime than rape? It would seem that is the consensus of a majority of the world. Most people in the world feel outrage towards rapists. So why would they not have strict punishment for the criminals? The death penalty is not given to the rapist in the United States but for an innocent baby in the womb the death penalty? Makes absolutely no sense to me.

“The baby could grow up to be a rapist.” Well we know for a fact that the rapist is guilty of committing the crime and if unrestrained has a huge chance of doing it again. Why not the death penalty for him with the same logic given for the destruction of the baby conceived after rape?

We hear “judge not” by so many people who in my honest opinion are the first to judge! So how can these people “judge” a human life that has zero chance of deliberately harming anyone? The hypocrisy and/or ignorance is beyond my understanding. People become outraged with me defending my life and the life of my peers.  Maybe a speeding ticket or two but at 63 I am no criminal nor have I plans to ever be one.  You’d think with the multitudes of rape conceived who have contributed greatly to society such as Frederick Douglass, James Robison, Ertha Kitt to name a few, society would realize that we are not criminals in the making. How long must we wait for our “equal rights?”

Mothers like Jennifer Christie who was raped, left for dead and conceived a son fight back. Over and over she has heard the most disgusting comments about her and her son. But she continues to educate. I encourage all rape conceived and their mothers to be bold. There is NO shame no matter how much the world tells us there is shame in giving birth to or being a rape conceived person.

Women should truly have choices …FOR LIFE! Should the “right” to end someone’s life because of feelings or inconvenience be a “choice?” Back in the 1800s the head of the American Medical Association said abortion was “unwarrantable destruction of human life.” Yet today people arrogantly say they are more educated? How is it that we can literally look inside a womb and see a living human baby yet say it’s not human? How depraved our world has become. The world has always had it’s evil but now societies “embrace” evil instead of life solutions. When we refuse to protect one class of people all people are at risk of destruction. Seems like our society is self destructing right before our eyes because there has been a decline of respect for life.

When we respect all life ALL life will flourish! NO exceptions! 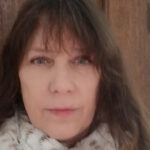 Juda Myers founder of Choices4Life, international speaker/singer, author, artist, mother, grandmother, wife and child of God.
“I wasn’t even on the planet at the time of the crime.
The rapists if caught wouldn’t even be executed.
Stop hate crimes against rape conceived.”