Conceived in Rape – Babies Lost
Stories are shared for the purpose of education only and not to be misconstrued as any form of representation of any party by Choices4Life. Women may be contacted through information provided individually.

Too often lies are more influential than truth. Lies hurt and in some cases both physically and emotionally. The severity of these lies have been felt by the women below. They were persuaded that destroying their own babies conceived in rape was the best “choice.” While many have worked through healing none can forget the loss of their babies. 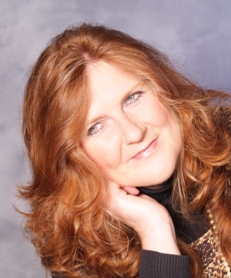 Irene is from the Netherlands and is available for speaking —
abortioninformation_eu@yahoo.com I regret killing my baby after rape.His strong arms gripping tightly around my neck, strangling me, choking me, left me gasping for breath. I realized death was imminent, so in a split second I chose to let him have his way with my body, so that I could stay alive. Afterwards, I clutched my coat tightly against me, so no one would see my ripped clothing underneath. . . .Although my body started to change, and needing larger clothes, I believed I was not pregnant, as the initial pregnancy test came up negative (not enough hormones yet.)

My parents were missionaries in Africa from France. I grew up in Africa, from a little girl to a woman. The last country we were in was The Congo. There was a revolution and the president was killed. It was war. One night I was coming back from the church and I went to take a shower.

My parents were missionaries in Africa from France. I grew up in Africa, from a little girl to a woman. The last country we were in was The Congo. There was a revolution and the president was killed. It was war. One night I was coming back from the church and I went to take a shower. As I entered my room there was this shadow, a big black shadow. He pushed me on the bed, took the towel off me and I started to scream. As I did I felt something cold against my ribs and he said “There’s gonna be two ways. Either you scream and I kill you and rape you anyway or you just can be quiet. So I decided to be quiet. He did what he had to do and just got up, got into his pants and he laughed. And I think I will always here his laugh til the day I die.

I ran into the shower, washed up and got back to my room before my dad came back. I didn’t want to talk about it. I just couldn’t. The words would not come out. I was there on vacation and I went back to Germany where I was working.

I began to gain weight but was trying to ignore it. I thought it was all the potatoes and good food but it was not. When my parents came back to Europe I knew I had to tell them that I was pregnant. So I did and it was really weird because the person that I was hoping the most for support was my mom. She was the one who let me down the most. She was ashamed of me. I was disgusting to her and I think that’s what hurt the most. What I needed was cuddling and comfort and I didn’t get it.

Since I was such a burden, I didn’t want to be more of a burden. My dad told me “You have your choice. It’s your life you do what you want. You have three options. Keep the baby- raise him. Keep the baby- place him for adoption or have an abortion.” And I decided for abortion right away. I didn’t want to think. I just wanted the problem to go away and my mom not to be ashamed of me. From the second that I made that decision I shut off my brain; I shut off my heart; I shut off everything and I went for it.

It was the most terrifying thing that I have ever went through. I will always remember all those women sitting there, reading, embroidering, waiting like they were going to a party or something. They were talking to each other asking, “How many times did you abort?” One said, “Me, two times.” I was listening to them and just didn’t get it.

When it was my turn to go there was a doctor and two nurses. The doctor asked, “What’s your favorite flavor? Do you like mint?” I said, “I don’t really care right now.” Then I smelled mint in the anesthesia and that was it. I didn’t remember anything.

When we went back to France, my father sat me at the kitchen table and said “Ok let’s talk about it. This will be the first and the last time.” So I told him how I felt and that was the last time we talked about it. So after that I just shut it out of my brain. I didn’t want to think about it. I didn’t wanted to be reminded of it.
The first guy I met I married him. He was not the best that’s for sure. He beat me and after five months I left – pregnant. After that I had a second husband who was very controlling. It has taken me three tries to find the right one but my husband now is the most wonderful thing that could have happened to me. He is the one who has helped me through and to become normal. I’ve forgiven my mother and father for not being there for me. We finally talked with my mom about it all. What I understood is that she hurt so bad that she had to find something. She did the same thing I did. She tried to put the blame on someone else. She couldn’t deal with her feelings. Many times she told me she didn’t believe I was raped.
Now we are close and have a good relationship.

My preacher’s wife said “You are hurting yourself. That man doesn’t care. He’s forgotten you. You’ve allowed him to stay in your life because of unforgiveness.” I thought, “Oh no! I want this guy out of my life.” So I decided to forgive him right then. That was the point of the beginning of my healing.

It is so logical if you think about it because that guy forgot about me but we keep the rapist in our lives by hating him so much and thinking about him all the time. We are only hurting ourselves. Forgiveness ends that and we don’t have to give the rapists our dreams anymore.

I spent years not thinking about the abortion. When I was 24 I wanted to know God for myself. I put away everything that my parents taught me and read the bible from Genesis to Revelation, wanting to know what it meant for me. Slowly all those things I was hiding inside was gently, very gently brought out and I was able to deal with it. God helped me with the nightmares and the depression and that’s really where my healing began.

The date of my abortion has been erased. That’s a blessing really. But it is something like an illness. I don’t like what happened. I was a victim and by having the abortion gave more power to the rapist. That took a long time to forgive. I am the one who killed the baby but my decision gave the rapist a second victim. It’s been 35 years since my abortion in 1977 and I can say I am healing. I not “healed” and I don’t think I will ever be healed. But now I’m on the right track. I can say today “I am a murderer saved by grace.” That rapist has no one more power over me. 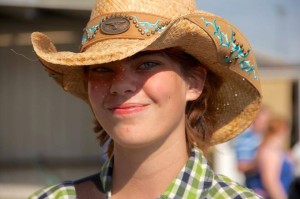 I wanted to tell my story about how I got raped. I was with a friend and he wanted me to meet his other friend who at first was fine he was nice and was fun to be around but, later that night he started texted me inappropriate stuff and asking to do stuff for him I kept saying no but he kept persisting. I just put it off cause I thought he would get no.

I wanted to tell my story about how I got raped. I was with a friend and he wanted me to meet his other friend who at first was fine he was nice and was fun to be around but, later that night he started texted me inappropriate stuff and asking to do stuff for him I kept saying no but he kept persisting. I just put it off cause I thought he would get no. Later the next day he said he wanted to talk with me in the bathroom I guess I just assumed he wouldn’t take advantage of me. So I stupidly went into the bathroom with him and then he just pulled down my pants and turned me around and had me bend over and he raped me. He then at one point wanted me to go down on him but I refuse and he tried forcing but then he stopped and finished. He did do so again couple other times before he finally was gone. I was so shocked in the process that I wasn’t able to fight all I was able to do was say stop don’t stop over and over. I should have reported but I was so scared what he would do and I found out that from it I got pregnant and I didn’t want him to know and didn’t want the shame of everyone knowing what happened to me. I didn’t tell anyone what happened so I was dealing with all the pain and shame by myself and I didn’t have my parents to help because I knew they wouldn’t be supportive. So I just kept going on with my life and I wanted to keep the baby because it was my child. I got to see it little peanut body with it healthy heart beat little toes and hands. I wanted to keep the child even though it came about through rape because it is a life and deserves to live. Unfortunately I wasn’t able to give my wonderful child that life. I unfortunately lost the baby in a miscarriage I wish I could have seen him or her and given her life but it was God’s choice that should not be the case. After all this I felt so alone and hopeless and so broken my virginity was forced from me and felt like I don’t have to hold myself like I use too like I didn’t need to be treated with respect like I was dirt and should be treated like one. I hope my story will help other people will understand that even though I was violated and became pregnant through that way that a child is a child and should be given a chance to life.