They are called the “hard” cases when a woman is pregnant after rape. There are many opinions surrounding this subject but the women and children know the truth. On January 20th, 2015 before the remembrance of Roe v Wade and the March For Life 2015, women and children of rape conception presented truth from personal experience. These cases are the hardest imaginable but offered great insight into the strength of mothers, the validity of human life and the joy that life brings. Heroes are known for tackling the hardest situations and coming out victoriously saving lives.  These mothers are heroes also. The Rape Conception Myth Busters symposium addressed these issues from their source. The following people have been through so much but are excited about sharing the joy they have found in their life. 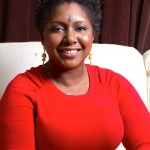 Aziza Kibibi was seen nationally when she exposed her father after years and years of abuse. Impregnated with five babies she endured unimaginable torture. But ask her what she thinks of her children and she would die for them. “I love them. I see only me. I don’t see my experience. At the same time, the struggle and pain I had with my father makes the relationship with my children all the more…stronger. I am very protective. I have a special closeness because of what we all went through. Along with love when I look at children, I also see a wealth of opportunity and potential and adventure. A child is another opportunity given by God for a parent to make a positive impact on the world. Through my children I have 4 more opportunities to change the world for the better, help others, experience life and so on, because they each have a path to walk and I have been blessed with the ability and opportunity to guide and accompany them.” She shares more of her journey on her blog. 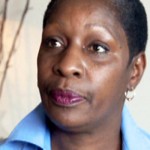 gained national attention when exposing her own story of abuse. Pregnant after being raped by a neighbor at 13 she chose life for her child but her doctor chose to sterilize her making her unable to ever have another child. The rapist threatened to kill her if she told and her grandmother was threatened with no further welfare and food stamps if Elaine was not sterilized. She didn’t find out until she was 19. The reason for her being sterilized was “because she was feeble minded,” as told in her video. The pain in unimaginable. But her quest to save others from the abuse after rape is unstoppable. She loves her only son focusing on the gift of his life and not the trauma of how he was conceived.  A powerful story of love yet again of a mother for her child. 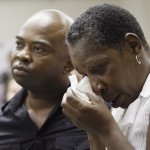 Tony Riddick, Elaine’s son has stood with his mother in the difficult times as she has sought justice for the crime done against her. He is proud of his mother and loves her. He loving life, he’s worked for IBM with semi conductors for many years and is currently president of his own business. Another myth busting contributor to our society!

Monica Kelsey and Kristi Hofferber are friends who founded Living Exceptions-Love Them Both, both defy all comments about bad genes amounting to nothing. Former military Monica is a firefighter and EMT literally saving lives.Monica says “My birth mom was with me when I took my first breath and I was with her when she took her last.” Monica met her mom just a few years ago. Conceived in rape, placed for adoption, she actually faced that rapist. She’ll discuss what happened at the symposium. Kristi Hofferber as a pastor’s wife is saving lives on a “higher level.” Kristi was conceived in incest and placed for adoption also.   Both are on a mission to educate society on the truth of rape conception and the value of all life. 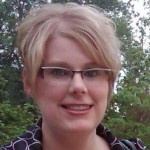 Krist Hofferber is a Pastor’s wife with a love for life and people. She’s a co-founder of Living Exceptions. She shares truth with as many people as would listen. People always ask her if there’s anything wrong with her because of the myth that all children conceived in incest have something wrong with them. Anyone who knows Kristi knows there is absolutely nothing wrong with her.  She is the mother of one wonderful adopted son and an newly adopted daughter. 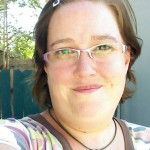 Christina Bray connected with CHOICES4LIFE a couple of years ago desperate for help after her child had been born. She was in a difficult situation and needed to be relocated to a safe place in another state. It was hard for her for awhile. But with support and encouragement from CHOICES4LIFE she was able to move forward. After finding friends and a church that loved her she has gained strength to speak for herself and also for others now. She loves her daughter and her fiance does too.They were married this year. A very happy ending to this horrible story. 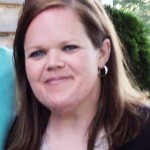 Dedi Gaither is an amazingly talented woman working on her Fine Art degree. But when she was conceived the majority of people agreed that she should have been aborted, except for her grandparents. Dedi’s mother was institutionalized for being mentally challenged. “She was like an innocent child,” Dedi said. But she was violated by those who were paid to protect and care for her.  The misconception that children will be like the parents is just that… a misconception. Dedi is not only normal but way above average in her artistic gifts. She defies the myth that mentally ill people give birth to mentally ill. 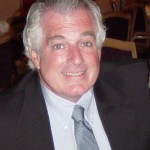 Ralph “Dave” Davis  is enthusiastic about his life. He is a joy by the least of descriptions. He is proud of his mother choosing life after having been raped in 1949. Dave was placed for adoption and has had a beautiful life with loving parents and family. Again defying the beliefs that a child couldn’t live knowing they were rape conceived. Ralph also has a heart breaking story of losing a child to abortion and shared his story at the symposium. He’s also the father of gorgeous intelligent daughters that would make any dad proud. He loves his life and is grateful for the gift his mother gave to him. 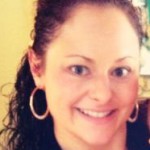 Mari Guzman was raped at a motorcycle rally and has no idea who he was. Not believed she was told to abort but couldn’t bring herself to take the life of her own baby. As a single mom Mari’s daughter brings such joy to her life and there are no regrets.The family that suggested abortion are so in love with this baby. Truth is – babies are a gift without exception. Sadly Mari is on disability getting the same assistance she got before her daughter was born. The government isn’t happy that she can’t name the rapist. Mari will share the difficulties with getting any assistance if you don’t have “the father’s name.” 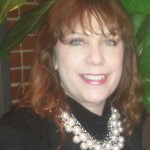 Juda Myers
And finally I’ll be sharing my own story of victory for my mother and myself. After 8 men raped her on a street corner in St. Louis she was not believed by her parents. The doctor said, “I’ll take care of it” and my mother said right back to him, “You will not take care of “it.”  “It is my baby!” She had a strong determination and no one was going to sway her. I am forever grateful for the hard head that she has passed down to me and the life she gave. I’ve heard hundreds of stories like hers and in 2011 I had no choice but to start CHOICES4LIFE.  No other organization existed or exists that I know of that is caring for the needs of these moms in every area of their life. I will be sharing my story and many other stories and the lessons I’ve learned by listening to almost 300 people with similar stories.

This panel spoke in DC for the March For Life. Mythbusters gave people insight into lives they rarely see and truth prevailed. Life is more than we can see at a glance.