Once again our country perpetuates hate crimes against rape conceived with its latest bill HR-7 to defund Planned Parenthood.

This “treatment of abortions” is inhumane treatment of the most defenseless of humans. Separating some humans for execution is a hate crime against rape conceived persons. If abortion is wrong ABORTION IS WRONG. There are no exceptions. Even in the case of the life of the mother, the baby should not be first seen as something to destroy. Respect for all human life at all stages should be law. Methotrexate is not a respectful way to handle life says Dr. Patrick Johnston. It is nothing more than an exterminating drug. It is used in fighting cancer. A baby is not cancer! 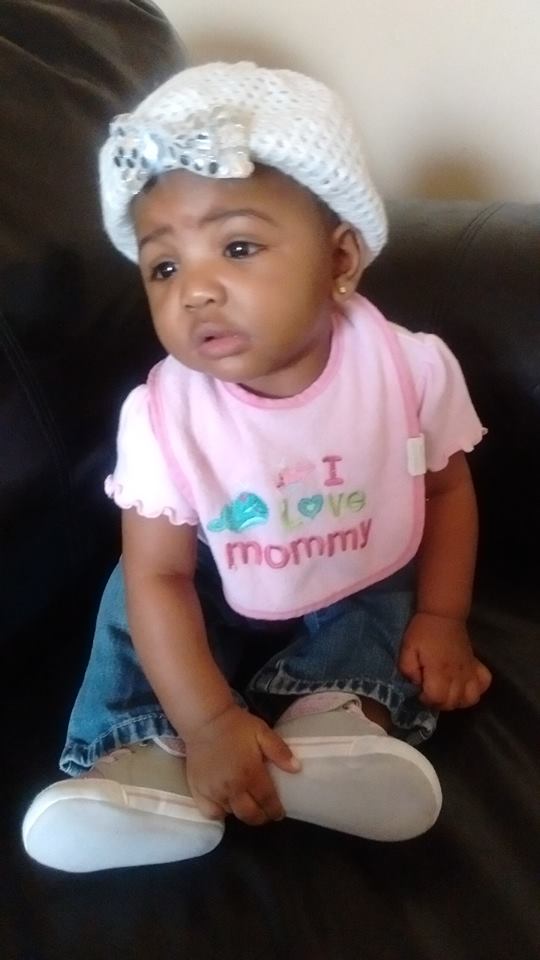 CHOICES4LIFE was condemned for helping this young girl and her family.

This precious girl was conceived when a 10 year old was raped. Over 8000 Facebook comments calling for her execution and even the execution of her grandmother were launched on our FB page. Some wished the 10 year old would die. CHOICES4LIFE was condemned for helping this young girl and her family. The now 11 year old is a the only child in her grade with honor roll grades even straight A’s. She excels in sports too. She and her whole family wouldn’t ever think of being without their precious “Angel” as they have named her. But society was offended far more by the birth of this innocent baby then the rapist who violated the girl. What is wrong with our society?

No one deserves to be punished for the crime of another especially when that person was not even on the planet when the crime was committed! Somehow compassion has been misplaced. People think they are helping victims but are actually making life worse than the rape itself.

The hate crimes against rape conceived aren’t just in the womb. Prejudice that mothers experience after choosing life and to raise their children after rape is beyond understanding. First the females are told they weren’t raped if they want “that” baby. But if it’s truly believed that these females were not raped why would there be ongoing emotional and physical abuse by society? Since when is it a crime for a mother to love the baby she is carrying – it seems only when she was raped.

[dropshadowbox align=”center” effect=”lifted-both” width=”auto” height=”” background_color=”#ffffff” border_width=”1″ border_color=”#dddddd” ]Twenty one states have laws protecting rapists giving them “rights” to the child conceived in rape. THIS is the real #waronwomen.[/dropshadowbox]

Female rape survivors get it from all sides. Families even fall for the prejudice sometimes as did my own. My mother had to fight for my life because my grandmother and the doctor pressured my mother to abort me. Sadly even at age 72 my mother still cried saying, “My mother never believed me.” I can’t wrap my mind around that kind of blind hatred. Shouldn’t there be more outrage towards the rapist? He alone brought trauma to the mother. Rape is a criminal act but rarely gets prosecuted. In addition the laws against rapists are mild if anything at all is done to them. Some never even see a police officer or courtroom. Twenty one states have laws protecting rapists giving them “rights” to the child conceived in rape. THIS is the real #waronwomen.

Representative Jody Hice and co-sponsors get it. Equal rights for all innocent persons means ALL.

But the list below proves not all people saying “all” mean all. HR 7 takes tax payers’ hard earned money to pay abortionists to execute innocent humans for the crime of  rapists. HR 36 separates humans and legalizes hate crimes against rape conceived. It is known that all humans in the womb feel pain. Withholding justice from one people group is cruel and inhumane. There is a long fight to establish equality. I am grateful to those sponsoring HR 586.

HR 217 however is so absolutely illogical it would be laughable if not referring to murder. Stating “To amend title X of the Public Health Service Act to prohibit family planning grants from being awarded to any entity that performs abortions, and for other purposes.” it goes on to say: 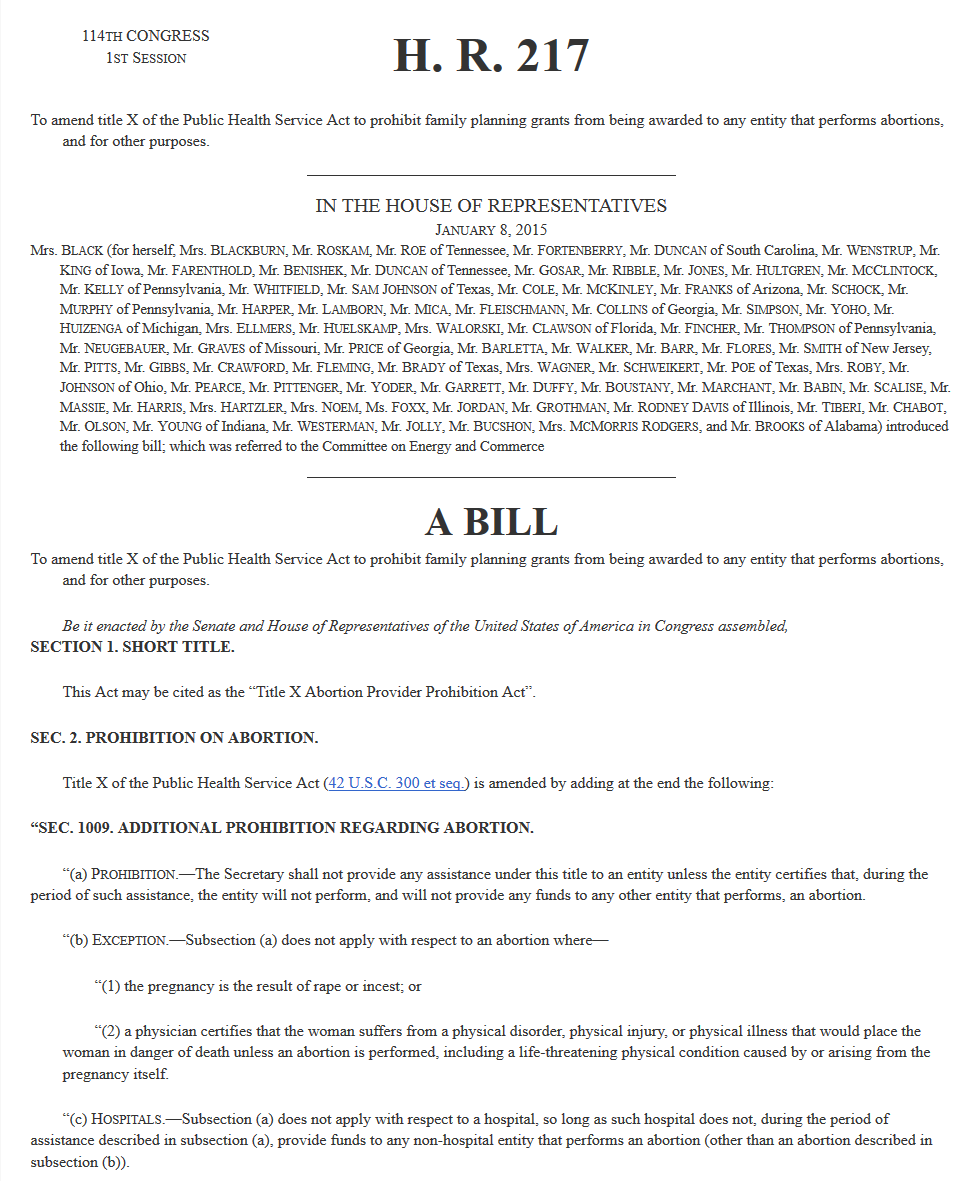 All those lawmakers who co-sponsored this bill are saying that it’s acceptable to pay abortionists to murder persons conceived in rape. Furthermore it does NOT apply to hospitals! So you can murder innocent humans in the womb if they are rape conceived or you murder inside a hospital. Then both will be paid by tax payers. Doesn’t this really allow for anyone to get an abortion with tax payer funds?

[dropshadowbox align=”center” effect=”lifted-both” width=”auto” height=”” background_color=”#ffffff” border_width=”1″ border_color=”#dddddd” ]Why are our law makers wasting time and valuable funds on bogus laws? Why are rape conceived constantly being the sacrificial offering?[/dropshadowbox]

The hate crimes against rape conceived and our mothers goes back thousands and thousands of years.

Some cultures even execute mothers and any female who has been raped. I have no answers for why rapists have been protected and continue to be protected while innocent women and children continue to persecuted especially in a country called “the land of the free.” Jews and African Americans for instance, have been recognized as targets. Great progress has been made in their freedom. Irish and Chinese as well. However, even those who have been treated less than human will say the rape conceived are not worthy of life. This is truly a mind boggling ideology making it especially difficult for breaking the strangle hold of the rape conception stigma.

Mothers of rape conceived are constantly being attacked for loving their children. Law enforcement, medical professionals, friends and even family have been known to treat victims with contempt. Victims including preteens have been taunted with “you know you wanted it” when families have tried to report the crime. In courtrooms you will hear accusations against even the youngest victim in favor of the oldest rapists. Certainly females aren’t rushing to report rapists because they know they will be the ones put on trial.

Each of the bills below in actuality put on trial the rape conceived children and mothers/survivors who love their children. These bills condemn the rape conceived and mothers who love us. Hundreds of thousands watch in silent shame as even church leaders not only pass wrong judgment but proceed to support the execution of innocent humans. Why is there no shame for rapists but all of the shame on women and children? The attitude, the stigma, the prejudice is unwarranted and should stop. But we need people to join with us. If you feel this is a human rights violation will you please contact lawmakers and insist they defend all innocent life?

Contact the legislators below and also your own legislators. Please educate everyone you know. CHOICES4LIFE needs your help. Please email juda@choices4life.org to learn how your gifts and talents can save lives.  Interested in having a speaker on the subject of exceptions, life of rape conceived and mothers, or the value of all human life? Contact us to learn how easy that is.  We’d love to help you help us!

Below are bills and contact information. Please contact all sponsors of these bills. Tell them to punish rapist and protect mothers and children of rape conception. Let them know also that rape is still a crime and tampering with evidence is still a felony. Rape conceived persons are actually the only persons in the womb with full protection under the law!  Our goal is to end all executions for persons in the womb. Thank you for your help.

Don’t forget to thank all the supporters below who sponsored HR 586 with NO exceptions. Thank them for stopping hate crimes against rape conceived. They need to know they have support! 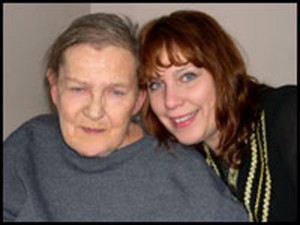 Juda Myers was conceived when 8 men raped her mother. Ann, Juda’s mother, had to fight for her daughter’s life against her own mother, her doctor and society. Juda is founder of CHOICES4LIFE and advocate for mothers and children of rape conception.