Want to protect all preborn life? Be prepared to protect your own life also. Texas Rep. Tinderholt gets death threats while protecting babies in the womb. State Rep. Tony Tinderholt, R-Arlington, Texas is risking his life to save even babies conceived in rape. He was placed under Texas State Department of Safety protection after getting death threats just after filing House Bill 948 — titled the Abolition of Abortion in Texas Act. This bill will effectively make abortion illegal without loopholes and criminalize  the murder of innocent persons in the womb. Life will be protected without discrimination. 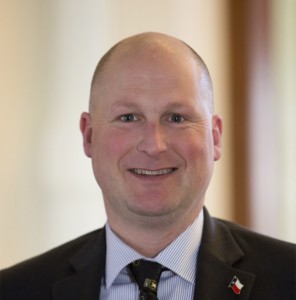 “Since my first day in office, I’ve stated life begins at conception,” Tinderholt released in a statement. “Facts and science are on my side.” reported Arlington Voice. “The duty of our government is to protect our God-given right to life,” Tinderholt said. “I’ve defended innocent life my entire career and am honored to continue that fight with the filing of HB 948.”

For rape conceived and our mothers this is encouraging. We get death threats all the time. Almost every child conceived in rape has someone wishing they never breathe their first breath. Discrimination is relentless with the multitude of abortion regulations almost always targeting us for execution. Roe Vs Wade started the executions on demand in Texas that spread throughout the U.S. Many in Texas are now fighting for protecting all innocent life in the womb. A bold move on Representative Tinderholt’s part, he is coming against centuries of prejudice. In addition Texas was instrumental in spreading legal execution of all babies in the womb.The foundation of that famous court case, Roe vs Wade was based on lies about rape conception. The rape conceived cheer this bold step to saving all innocent babies in the womb from execution. The surprising fact is that the rape conceived have not been left out of this bill.

Current Texas law defines a person to include “an unborn child at every stage of gestation from fertilization until birth.” Texas Penal Code 1.07(26) and (38). But these same persons in the womb are not protected. This Texas Penal Code is not being enforced. However, in Texas, rapists have rights to the children conceived in their crimes. That should be a crime. Not only do mothers have to heal like other victims but if they report the rape they must fight the rapist for rights to their child. We are hoping that more and more defenders of life will defend the mothers and children of rape conception. HB 948 is a start to honoring the rape conceived as no different from other humans in the womb. For that we are most grateful to Representative Tinderholt and pray for his safety.

Please contact him and encourage him. Just think of that. People want to murder him because he wants to stop the murder of innocent babies in the womb. If that doesn’t give you an idea of the evil behind abortion nothing will. Millions of humans are not on this earth today because of premeditated murder. There is no time like the present to do what is right.