I believe that God has called you here today — you are meant to be here, you are meant to hear this message today.   I would even go on to say that I believe God has created you and sent you into this world.   In the Bible God’s word says that you and I are fearfully and wonderfully made, and that before we were formed in our mother’s womb, He knew us!  You and I are infinitely valuable to Him.  We were born ON purpose WITH a purpose.

Many in the pro-life movement may say that abortion is wrong, but in the case of rape, maybe abortion is even justified — as if that child is of less value because of the way this precious child was conceived.   There is even a constitutional Amendment, the Hyde Amendment that prohibits Federal Funds to pay for abortions EXCEPT in the case of rape or incest. But I’m here today to tell you that every child is of infinite value to the Father . . . every child.  Every child is created and sent into this world and has a purpose.  The Bible verse Jeremiah 29:11 has always been very inspiring to me.  It says “For I know the plans I have for you,” declares the Lord, “plans to prosper you and not to harm you, plans to give you hope and a future.”   I believe this verse is for all peoples born and yet to be born.

By the world’s standards, maybe I should not be here.  I am 58 and adopted.  When I searched and met my birthmother 24 years ago, she told about the circumstances of my conception and birth.   I expected to hear a tragic love story, but instead I heard the shocking news that she had been raped and could not deal with keeping the child of a rapist. So she gave me up for adoption.  He never knew about me and she never saw him again.  She didn’t go to the police — she was too ashamed.  She never told anyone about the rape except her cousin in Minnesota with his promise not to tell a soul.

My birthmother found herself pregnant and alone.  There are those would say that a child conceived by rape may be disposable, of little value.  Even damaged goods – bad genes they might say.   But my mother knew in her heart that I was precious in His sight and that I was of infinite value.  She gave me up in adoption to two loving parents and I was raised in a loving Christian home. 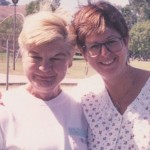 The fire that is in my heart for the unborn began because of a miracle – a chance call that changed my life and revealed to me my life’s purpose.  Although I had always known I was adopted, and often thought of my birth parents, I had made no effort to find them until I was in my thirty’s.   I began to really dream of meeting my birth mother because I wanted to see her. I wanted to thank her for the gift of life, and I had so many questions.  From the legal papers that finalized my adoption, I saw just two pieces of information.   A last name “Baby Longhenry” and where my birth mother was from – St. Paul, Minnesota.   I prayed and I picked up the phone.  I called 411 and was given 4 numbers of Longhenry’s.   I called the first number and a man answered.  I told him who I was, what I wanted and do you know—this is the miracle part — he said he was that cousin that knew my birthmother had a baby and that the baby was given up for adoption.  He was the ONLY person that my birthmother told.   And he was the first person I called!   I was absolutely floored.   He said he would call my birthmother and hopefully she would contact me.   After two days, my biological mother was on the phone with me!!!  Her name was Dotti and she was living in Spokane Washington.  I had a half-brother and half-sister but they didn’t know about me.   Instead of keeping her silence any longer, Dotti told her family about me and soon was on a plane to come meet me.  That’s when I learned that my biological father was a rapist and heard her shocking horrible story.   She said that she was traumatized by the rape, but if there was anything good that could have possibly come from it, it was me.   She wanted a mother and a father for me, so she gave me to a family and trusted God that I would have a good life. She always prayed that someday she could meet me.  I had thought that I was a burden to her, something to “get rid of, give away”, such was the stigma of being a child of rape.   However Dotti told me how wrong I was.  She said that when she found out she was pregnant, she knew she loved me. From that violent and traumatic event, something wonderful happened – me!    She wanted a healthy baby and wanted a good life for me.  The first weekend I spent with my birthmother, I was able to thank her. I was able to hold her in my arms and tell her what a brave, and loving thing she did for me.  Dotti died just one year later, but I am thankful for the year I got to know her. 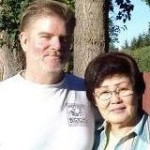 It wasn’t a fairy tale ending to my reunion.  After Dotti died, my birth cousin called me and said that I should not ever contact the family again.  What is in the past must remain in the past.   Again, the rape stigma rages on in other people’s narrow minds.   I was once again “less than” because of my conception.  I never heard from my half sister again.  Good news is that my half brother and I remain friends and talk often.   He is a fine man and calls me “big sis”.

So, that brings me to today.   I’m here today to declare to the world that every child – you and me – we are of infinite value in the eyes of our Creator.   I thank God every day for the wonderful life I have had and that I was sent to tell others about how much He treasures every life, no matter what the circumstances of conception.   I want to make a difference in the world.   Even though the circumstances of my conception were in violence and hatred, I am not my father, nor am I my mother.  I am me.  I was created by a loving God and my life is so valuable.  And so is the life of every baby conceived — of infinite valuable and a priceless gift from God.

I am retired from full time work so now I spend my time volunteering for His Nesting Place recruiting and training side walk counselors, and also talking and praying for women who walk into abortion mills.   I was able to travel to Washington D.C. to take part in the 2013 March for Life and later in that year was invited as a panel speaker with Choices4Life in Houston, TX.  These experiences have enlarged my worldview on abortion and I have been able to meet so many wonderful prolife people that I call friends. I know that everyone who knows me knows my life is a miracle, and how much God loves each of us, no matter how small.  I do my part, and trust God to do the rest.

Blessings and Love to you all! Patti Smith

This is me with my firstborn son who is now 18. 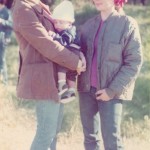