It was late one night when I got a call from a very distressed mother. She had just swallowed two bottles of pills-over 20 pills and wanted to tell me she couldn’t live any longer. Her family was trying to take her rape conceived daughter from her and it seemed to her that they would win. She couldn’t live knowing she would not have her daughter. That isn’t what society thinks or says about mothers of rape conceived babies. It is the common to hear someone suggesting an abortion after rape because ” a woman couldn’t bear to look at that child” and “it would be a constant reminder of the rape.”  That isn’t what I’ve found at all.

This young woman was drugged and raped. It was hard with family not believing her. Then the baby was born and this precious child stole the hearts of everyone. But the family that wouldn’t support her pregnancy now won’t support her being a mother. Lies are such a powerful weapon when the victim believes them. This time the lie was that this mother would lose her daughter forever. Because this mom believed that lie she was not able to face a life without that child. She literally would rather die than live without her rape conceived child. “She’s my life,” the mother told me.

I was panicked and was prepared to call 911 when her boyfriend took the phone from her. He said, ” I love her and her baby. Her family lied about her and she wants to die. But I love her and her baby.” He said he would take her to the ER and handed her the phone again. She passed out and he said he was rushing her to the hospital. I waited all night to hear in the morning that she was doing great. There had been some scary moments her boyfriend told me.  She would later feel foolish for not fighting and for simply giving in to a lie. She wanted to live … for her daughter! Please note: there is a man who not only loves her but her baby too.”No one will love that child,” society insists. But that too is a lie. Another myth/lie propagated by society. 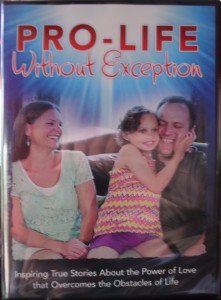 Another young girl only 13 was told that very same thing and so she agreed to have an abortion. But she really didn’t want to destroy her baby’s life. She was told that 1. no one wants a bi-racial baby 2. she would die if she gave birth 3. and no one would want a rape conceived baby.  The girl believed what she was told by the doctor/abortionist and started the abortion. The doctor stopped shortly after beginning the abortion to say to the girl’s mother, “Take her home and come back when you have the money for sedation. She’s making my job too difficult!”  And that is the reason the baby is now nine years old. The 13 year old learned that someone did want her baby. The abortion attempt left the child with many physical and mental challenges but she is very much loved and wanted.

It’s time for society to have compassion on women. The real war on women…females are consistently lied to leaving them traumatized or even dead. CHOICES4LIFE is dedicated to removing the lies that kill and replacing it with truth that is freedom. The young mom that was mentioned will not lose her baby and is enjoying her life as a mother to her rape conceived child. Love covers a multitude of sins!

Please order the DVD to the left and share with everyone you know. It’s time for the truth to be told.