Purple heart recipient, decorated military leader is breaking myths about being conceived in rape, Lieutenant Colonel Russell Smith is busting stereotypes.  Society chants abortion for the rape conceived. But why? Preconceived ideas of what that child will grow up to be is the driving force. LTC Smith had no idea of his conception until he was 52. He led a normal life without the attacks on his humanity and how he was conceived. Every child should be given the opportunity 1. to have life and 2 to have the freedom to flourish without prejudice.

A Man of Honor

Purple Heart Recipient & highly decorated military man, Lieutenant Colonel Smith served in the Marine Corps and the Army. He was promoted to Lieutenant Colonel upon retirement from the Army. Working tirelessly he has achieved excellence in every phase of his life. LTC Smith successfully built a career and reputation as a hard-working veteran and educator. It mattered not that he was conceived in rape. 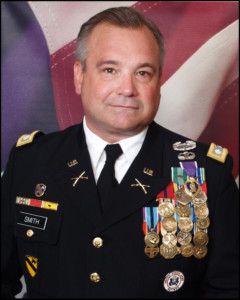 Russell wrote to me saying “Sometime around November-Dec of 1960, My late birth-mother, was 23 years old, separated from her second husband, and the mother of a daughter who I think was about 5 at the time.  She went out dancing and partying with friends as we all did in our twenties.  The brother of one of the young men in the group asked her out on a date and she politely declined.  The 25 year old man had recently been released from prison for kidnapping and perhaps rape or assault.  The following week the group went out again.  At the end of the evening he offered her a ride home and she accepted.  He drove to the other end of the parking lot and raped her.  I was conceived as a result of the rape.” 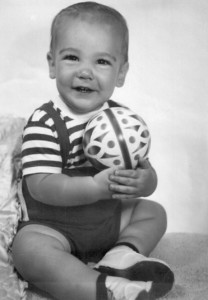 “She reconciled with her husband who was the only one she told about the rape and pregnancy at that time.  He would not raise another man’s baby, and gave her the choice of giving me up for adoption or divorce.  Originally she chose divorce.  Her 3 sisters and parents were under the impression that her then-husband was the father.  When she gave birth to me, they were informed that I was stillborn, a secret she kept until March 1994.  She was diagnosed with ovarian cancer early in the pregnancy, death sentence in 1961.  She placed me in foster care without terminating her parental rights for six months.  She visited me every day she could while going through cancer treatments.  Convinced she would die, she wanted a home for me and for her daughter.  By placing me up for adoption and reconciling with her husband, both of her children would have homes when she died.  Miraculously, she survived cancer.  At our first meeting she told me that if she hadn’t got cancer she would have kept me.”

Adopted out of foster care, LTC Smith became an All-American swimmer and honor student. His military career began on May 23, 1980 when he enlisted in the U.S. Marine Corps. LTC Smith served in Company B, 1st Battalion, 1st Marine Regiment, 1st Marine Division.  His Army career began in June 1984 when he enlisted in the Army National Guard.  LTC Smith was commissioned through ROTC on May 24, 1986.  He retired from active duty in the U.S. Army the summer of 2006. From 2006-2010 he served as a public-school teacher and served four years after that as Editor, Purple Heart Magazine. In 2014 it was back to education for LTC Smith.

Mother’s Love Not Shared By The Family

“I met my mother in August 1994 in Los Angeles, CA.  We had a few lunches. I met her sisters, daughter, adopted son (I know), and her third husband.   The husband hated me immediately and did not want me around.   Her son and daughter were long out of the house on their own.  Suddenly he was not the focus of her attention, she was paying attention to me, whom he considered an interloper and a distraction.  He called me and told me that his marriage was a daily fight because I showed up.  (The Army stationed me as the full time company commander of a National Guard Rifle Company in Inglewood, CA.)  One of her sisters called me and expressed similar sentiments.  I cut off contact and let them get back to their lives.  Her daughter (my sister) and I continued to speak and write for a while.  My sister had a myriad of problems that I was not equipped to deal with at the time and with two daughters aged newborn and 2 at the time, I cut off contact.

In about 2010 I reached out to my sister and took it very slow.  She was newly widowed, her kids grown up with children of their own, and all them working very hard every day to earn a living and they are the best people you can imagine.

When I was 52 my sister told me about the rape that resulted in my conception.  She informed me that our mother wanted to visit with me.  She expected to outlive her husband, who was ill, and it would have to wait until he was no longer in the picture.

My mother passed away on September 11, 2015.  We never saw each other again.  There was no funeral.”

It’s sad that people’s preconceived ideas are a stumbling block to knowing a human being. Being conceived in rape should never be a measure by which a person is judged. It should be the rapist that is judged and punished.

A Man Of Service To His Country And Fellow Human

His resume reads as a man of valor.

LTC Smith has served as a Fire Team Leader, Squad Leader, Platoon Sergeant, Platoon Leader, Company Commander, & Battalion Commander.  He has held numerous staff positions including a tour on the Army National Guard Desert Storm After Action Review Team at the Pentagon as a First Lieutenant.  Shortly after, LTC Smith was assigned duties as a Congressional Actions Coordination Officer.  In 1996, after commanding a rifle company full-time in south central Los Angeles for two years, he was reassigned to the Pentagon. There he served in the Department of the Army, Department of Defense, and Joint Chiefs of Staff level staff assignments.       In 1999 LTC Smith assumed duties as the Chief of Training, responsible for oversight of all training matters effecting 16,000 California Army National Guardsmen.  He also served as the Senior Anti-Terrorism and Security officer, Provost Marshall, Mobilization Officer and Director, Operations, Plans, Training, Mobilization and Security at Camp Roberts, CA.  Then-Major Smith volunteered to serve in Operation Iraqi Freedom and deployed on 22 October 2004.

In February 2005, then-Major Smith was medically evacuated to Walter Reed Army Hospital and recovered from wounds he received in action against the enemy while stationed in Baghdad, Iraq. Here is a video news report on his injury and victory. Watch here. He worked for  the  Project  and  Contracting  Office,  Baghdad,  Iraq,  where  he  was  assigned  to  the  Iraq reconstruction effort as the Project manager of the Advanced First Responder network the 911 system for Iraq.  Then-Major Smith was the Liaison Officer to the 1st Cavalry Division, a certified pay agent for the 1st Cavalry Division, and Liaison Officer to the Civilian Police Advisory Training Team.  He returned from Operation Iraqi Freedom on 5 September 2005, and resumed his duties at Camp Roberts, CA.

The circumstances of my conception changed nothing about my life.  I have always been pro-life and flirted with the usual exceptions.   In 2012 before I even knew of all this, I saw Rick Perry in a Republican debate telling how this young woman, Rebecca Kiessling, had come to him and explained that she was conceived in rape.  She told him that when you advocate for killing an unborn child because they were conceived in rape “you invalidate my entire life.”  Upon learning that I was conceived in rape, it all became even clearer.  Learning of my mother’s rape intensified my commitment to the unborn.  My mother chose life. Granted abortion was illegal in 1961, but it was easy enough to find. She had cancer, was pregnant via rape, and chose me.  Advocating the aborting of babies conceived in rape invalidates my entire life. It wipes out the 26 years of military service I gave my country; it wipes out the lives I have touched as a teacher and coach; it wipes out the contributions to our community, state and nation by my daughters and my wife; it erases lifelong friendships.

I believe that life begins at conception and abortion is murder, no exceptions.  Considering my mother, I have no right to believe anything else. 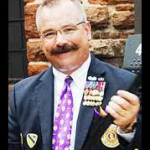 He earned a Master’s Degree in Education Administration at the University of Central Oklahoma in 2009. LTC Smith’s thesis focused on increasing education levels among Children of Incarcerated Parents, a topic that is his passion.  LTC Smith graduated from California State University, Sacramento with a Bachelor of Arts Degree in Government/Legislative Analysis in 1986. He graduated from Del Campo High School in Sacramento, CA in June 1979 where he was an honor student, 4-year Varsity Letterman & 3-year All-American Swimmer. LTC Smith was undefeated in league competition for four years.

It’s plain to see that being conceived in rape does not doom a person to being a criminal. Lieutenant Colonel Russell Smith is anything but a representation of his biological “father.”  He was made by the same Creator that created the Universe. He made wise choices unlike his “father.” We all have the choice to do evil or to do good. That is not inherited. Each of us must choose for ourselves. LTC Smith has chosen wisely. I’m proud of him and I’m sure his wife of 27 years and two daughters are immeasurably proud of him too.

Juda Myers, conceived in gang rape is a speaker, singer/songwriter and artist. Married 29 yrs mother of 2, step mother to 1. Grandmother to 10.
Founder of Choices4Life