Child protection services should be self-explanatory based on the simplicity of its name. But they are doing exactly opposite of their name in many places. Wynne, Arkansas is one such place.

A baby has been sentenced to death and will be executed on Friday, September 11, 2015 and Arkansas Department of HUMAN SERVICES (DHS) – Division of Children and Family Services- Central Office will facilitate the delivery of the baby’s 10-year-old mother to the abortion clinic.

On August 29, 2015 20-year-old Justin Smith was arrested and charged with three counts of rape and one count of endangering the welfare of a minor. His “alleged” victim is a 10-year-old. I use the term “alleged” because he is “innocent until proven guilty by trial.” But sadly an innocent baby in the womb of a 10-year-old will not be given the same privilege as a sexual predator. He will continue to live but the baby is sentenced to death without a trial, without a word spoken, without any dignity. “Child Protection Services” is Child Destruction Services. Not only will one child die but several children will be harmed for how CPS is handling this family. Something must be done to protect children from “Child Protection Services” who are paid for every child they take from a home. 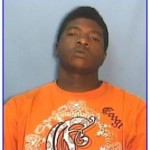 Smith was living with his girlfriend at the time he impregnated the 10-year-old. The mother of the 10-year-old says she knew nothing of what was happening until she took her daughter to the doctor and discovered she was pregnant. In her defense there have been many situations where the perpetrator is very clever in hiding his actions. Perpetrators use intimidation threatening to harm other family members to keep their victims silent. While we all imagine it would never happen to any of us because we would be certain to know what is going on that just isn’t fact. Many mothers are devastated to learn that their daughter was raped in their own homes by men and boys they trusted. And when mothers have no knowledge and discover the horror it is compounded by the trauma of losing their children. Children are additionally traumatized by being separated from their mothers and placed with strangers.

Where is the defense of this baby AND the 10-year-old mother? This is a black family. What about “Black Lives Matter?” Why is there no outrage?
I called Marva Walker of CPS Wynne, AR and tried to offer services to help this young girl. CHOICES4LIFE is a non profit specifically helping rape victims pregnant or raising those children. The organization has helped many females ages 10 to 42. Most recently a 10-year-old pregnant from rape who turned 11 before giving birth is doing fantastic. I offered to connect the two girls so that the Arkansas girl would know she isn’t alone and there are many people willing to help her through this. But what I received was what sounded like a recording “I’m not able to tell you if I’m working with _____(the girl’s name)because of confidentiality.” To which I replied, “Yes ma’am I understand that and you do not have to tell me because I already know. All I want to do is offer help to the girl and connect her with another 11-year-old who can help her. We have many others who have been through this. We offer emotional support as well as financial support.” Ms. Walker repeated her statement word for word to which I kindly repeated myself also. This continued for four times until the CPS worker said, “Ok give me your information.” She was cold and demonstrated no intentions of delivering the information to the girl.

I spoke with the girl’s mother. Without a doubt distraught from her boyfriend committing the most horrendous crime, having all her children taken from her, and under duress she was made to sign papers giving permission to CPS to kill her grandbaby. This mother is clearly against abortion with seven children and currently 7 months pregnant. Her daughter is being pushed along in what seems to be a systematic agenda to 1. eliminate the rape conceived 2. push another black mother to kill her baby. In the first hours of our conversation, the mother of the 10-year-old said she didn’t want her daughter to have an abortion but the daughter wanted “a dnc.” What does a 10-year-old know about a D & C? The daughter hasn’t been given any choice to talk to someone who was in exactly the same position… pregnant after rape. What would most 10-year-olds do scared and taken from their family? The 10-year-old is with strangers telling her their desires for her to abort. They tell her that DNA could be taken to prosecute the rapist. And who wouldn’t want the rapist punished? But what the little girl doesn’t know is that she doesn’t have to kill her baby to get DNA. Sounds like there really hasn’t been any kind of choice for this young girl. Have you ever talked to a 10 year old girl?  They are easily influenced and do not know what questions to ask. She won’t know there are other choices besides abortion. And when she is grown she may feel as many others whose mothers did not protect them from abortion.

This pregnant 10-year-old was immediately removed from the home and placed in a home with two males she does not know. Most likely it’s a father and son but she is very uncomfortable being around them regardless of how safe they may be. Her six siblings were taken away and put in separate homes as well.  The mother says she was only able to be with her daughter when she went to her doctor appointment and otherwise cannot speak to her daughter or see her. She will be allowed to accompany her daughter to the abortion clinic. The mother is concerned that her daughter is being pushed to abort. With a family of seven this family is definitely against abortion. But the mother said she was “too scared to fight them”[CPS] and signed the permission for the death of her grandbaby.

In the first hours of contact with the girl’s mother she was wanting to save the baby and her daughter. I was going to fly to Memphis and drive to Wynne to stand with her in court to reverse the abortion sentence. But I noticed something changing.

I received a text that stated “I’m just to(o) scared to try n fight them on this n the judgement of others” She also said “They want n she want a dnc so they can get a test so they can have more evidence but if u could find someone who could talk to me or help me n my kids. I know they are railroading me to keep my children I really need some help.”  She was pressured to sign the abortion papers for her daughter. The mother says she fears never getting her 7 children back if she didn’t sign the papers.  Now she is saying she doesn’t want help and says “I’m not about to make her birth a child that could possibly kill her trying to have (it) so it would help me keep my children.”
Extremely sad that a grandmother’s only “choice” is whether she give up her children or her grandbaby. She chose the grandbaby that she hasn’t seen and held and loved yet. It’s ironic that the mother of the 10-year-old is carrying a child for the same man that the 10-year-old is carrying. But one lives and the other is put to death. Why? Why is it that Child Protective Services is putting this baby to death and causing harm to the 10-year-old?

As a person who has seen first-hand the joys of these rape victims giving life and also the devastation of taking life I know this young mother needs to know the complete truth. I have never met a 10-year-old girl who was in favor of killing a baby.

I personally know of many cases of Child Protective Services doing more harm than good. They have been under investigation in many states. One case I know was simply a hateful neighbor lying about a mother of four daughters. CPS immediately removed the children and placed them separately in foster homes. The mother didn’t get her children back for a year and when she did get her daughters back two had been sexually abused. Another case CPS placed a 13-year-old rapist in a home with three girls. They knew he had raped in three states yet they hid that information and placed him in a home where he raped again and another 10-year-old became pregnant. She gave birth and today is doing “way better than expected,” says her mother. But it didn’t have to happen if Child Protective Services truly were protecting children.

The mother talked about asking God for forgiveness. I said absolutely God forgives our past and lifestyles but God will not turn His back while this baby is killed. She said she was just going to not stop the abortion and “let God do His job.” I said that God did His job. He created life when a man brought death and God provided people to help her but she has to work with Him to accomplish His will.

We offered to help this mother save her grandbaby in Wynne, AR from the death sentence given for the crime of that baby’s father. #AllLifeMatters