Sitting down in my 8 month old’s, peaceful, darkened room, I buried my nose in his soft hair and breathed in his sweetness. I closed my eyes and thanked God for this sweet little one. I picked up my phone to read the article I had pulled up a few moments ago; horror arose within me, I grieve for the loss of yet another life.

Abortion for any reason is stealing motherhood, killing children, and destroying the lives of mothers!

Is it an act of love to abort when there is a chromosomal issue? Is disability an adequate reason for killing a beautiful human life?
Megan fell for the deception that abortion was not only adequate but it is an act of love to abort a living baby, created in the image of God. While discrimination is fiercely attacked once a child is on the outside of the womb people don’t seem to embrace morals and logic for those inside the womb. Such is the case with Megan. Surely she would never kill her child outside the womb but once upon a time we said the same that mothers would protect their pre-born infants no matter what. This is discrimination of the disabled.

[dropshadowbox align=”none” effect=”lifted-both” width=”auto” height=”” background_color=”#ffffff” border_width=”1″ border_color=”#dddddd” ]“the genetic counselor called us in to deliver the news of our son’s chromosomal disorder, which would present a series of major physical and emotional challenges and possible surgeries down the road. My husband and I agreed that life is difficult enough without being dealt a bum hand from conception.” [/dropshadowbox] 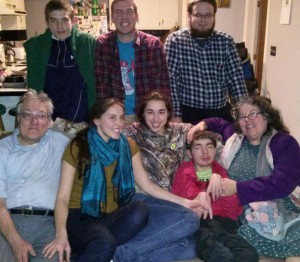 Instead of thinking that the baby was being dealt a bum hand, perhaps it was time to consider that this child could bless not only mommy and daddy, but many others with the special joy these children bring. Even a child with severe disabilities and also rape conceived has lived his life with joy. Pauline was raped as a young woman and chose to give life to her son despite his disabilities. She met a man who loved her son as much as she did and they were married. They raised a beautiful family with five other children. This child did not ruin their lives but brought so much life and love to his family. They would never think of being without him. At the time of this picture he was 35 years old.

God had a special purpose for these little ones. But because of selfish thoughts and ideas Megan and her husband fell for the deceptive idea that a disabled child is better off dead. Deception alert: An act of love to abort is never an act of love. Megan and her husband chose to kill their son plain and simple not believing their son deserved to live. All deception is against God Himself because God is Truth.  Satan however, is committed to steal, kill, and destroy all humans created in the image of God. He hates God. Deception is his greatest tool.

Megan went through the process of finding an abortion clinic, and went through a series of procedures to induce labor. Megan delivered her baby into a tray over a toilet, her son was born at 19 weeks and 6 days. She looked at her son and smiled.

How can someone smile when they have just killed their own baby!! I can’t understand how a mother after killing her baby traces his face with her fingers and actually smiles. How could she not realize the magnitude of what she just did?

The doctor examined her hours later. They found out the placenta had not detached. Her uterus ruptured and she almost died. Yet Megan believes that “conservatism and funding” were at fault for her complications while killing her baby. But the definition of conservatism doesn’t include calling an abortion clinic to schedule the killing of one’s baby. When one looks outside of their own selfish desires they will find where life begins.

Once again  An Act of Love to Abort is nothing more than a huge lie.Not only did Megan kill her son but the ramifications of the abortion led to the death of two other children in the womb. Megan lost three babies because she chose death for her first son. Life is precious, no matter the way it is packaged within the small body of a baby, no matter if the baby is created after rape or incest or has a disability. Every baby is created in the image of God and is precious in His sight. Speaking of mothers and children the bible says “Her children arise and call her blessed” (Proverbs 31:28).

I think King David said it most perfectly, So I will let God’s word be my closing.

13 For thou hast possessed my reins: thou hast covered me in my mother’s womb.

14 I will praise thee; for I am fearfully and wonderfully made: marvelous are thy works; and that my soul knoweth right well.

15 My substance was not hid from thee, when I was made in secret, and curiously wrought in the lowest parts of the earth.

16 Thine eyes did see my substance, yet being unperfect; and in thy book all my members were written, which in continuance were fashioned, when as yet there was none of them. 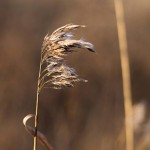 2 thoughts on “Deception Alert: Act of Love to Abort”