Emotionally raped by the world mothers and children of rape conception have no protection from hate crimes.  Brave mothers who survive being physically raped will spend their life enduring emotional rape from family, friends and strangers. That’s why many aren’t willing to tell anyone most of the time. Victims fear 1. not being believed 2. pressure to abort 3. humiliation for wanting to give birth after rape.

It’s evident they have a valid fear because of the barrage of vile comments on social media. Jennifer Christie who shares her story internationally has been the victim of emotional rape. She has received vile comments about her son, about her family and about her. What possesses people to spew the most hateful words on a person they don’t even know? If I had the answer to that question it would solve so many problems.

Below are only a few of the many disgusting comments that were directed at Jennifer and her family. People posted these remarks publicly so I too will share their names publicly. 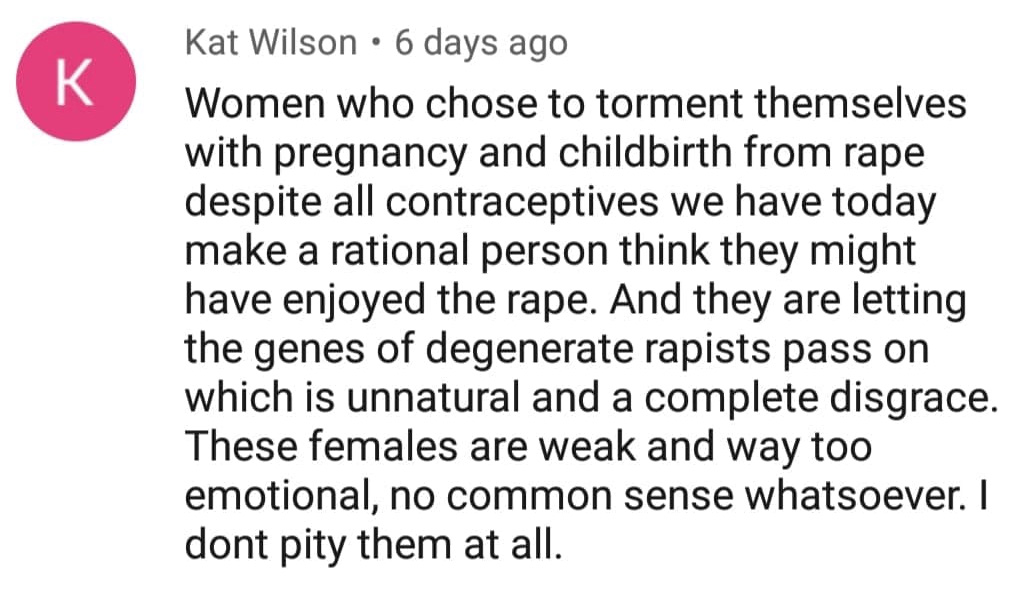 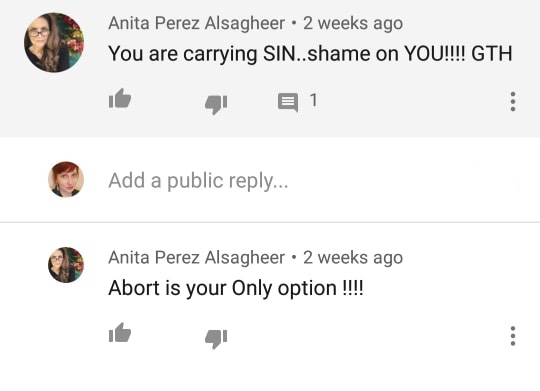 I’m sorry you had to read all that. Leaves you feeling dirty doesn’t it? Imagine being a mother who endured the horrific trauma of being raped and have to read these comments about a child that only gave her reason to live! Imagine being the child conceived after rape!

Thousands of comments come pouring in.  So many moms have told me it’s overwhelming. Why are vile comments coming from women?? Why do women who claim to be for women’s choice and women’s rights attack other women for choosing life? Why are they not concerned that girls may never be able to give birth after abortion or considering the trauma of being the mothers of dead babies after abortion?  One ex police officer who aborted after rape told me “I know that murder is a worse crime than rape. I’m a murderer of my own baby!” She never forgave herself and was self destructive.

Here are some I personally received. I think the “crotchfruit” comment could be the most creative hate comment I can remember! 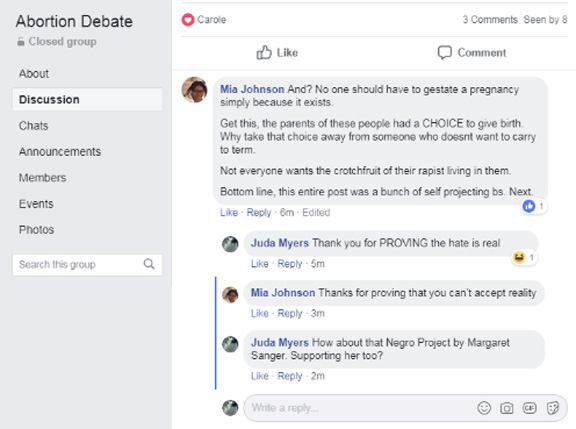 Why would someone want to “murder” me for helping an 11 year old give and have life? She wanted that baby more than anything. Seems like young girls have more sense than the adults around them. They understand the value of human life more than those who have lived for decades. It’s mind blowing for me.

Just yesterday two young teens gave birth moments apart. They had both been raped. Then they were thrown out onto the streets by parents when the girls refused to abort. Emotional rape happens even by parents who claim to love their daughters. This treatment is illegal in the US but few parents and daughters know about the law.

The Justice Foundation has letters to share with anyone trying to force an abortion. These letters can be given to parents, boyfriends and any abortionist.

Emotional rape was part of all but one of the hundreds of moms who shared their story with me. All but one of the moms said that they were called names, treated horribly by hospital staff as well as police, or told by family and friends that they weren’t raped. Anyone can Google  “11 year old pregnant from rape” and see the fierce opinions against the preborn child in the guise of caring about the mother. Just reading such articles written mostly by people who are clueless is frustrating at the least. But seeing the countless vile comments everywhere calling for the execution of rape conceived humans in the womb is emotional rape. Victims are asking when will they be respected, rapists punished and their children treated with compassion. When will it matter more what was done to a girl or woman than how a person was conceived? The focus has to be on stopping rape and not on destroying lives after rape.

Mothers love their children.  Jennifer Christie the mother of a rape conceived little boy says it best in her video “I have a 4 year old”

There is no better feeling than when someone realizes they were wrong. 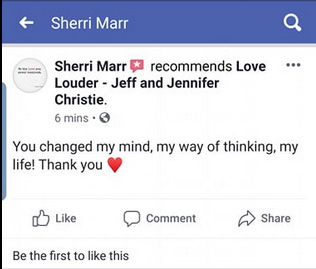 Mothers and children of rape conception dream of the day we will be judged by our character and not our conception!

2 thoughts on “Emotionally Raped by the World: Mothers & Children of Rape Conception”