“We hold these truths to be self-evident: that all men and women are created equal” – Elizabeth Cady Stanton at the first gathering for women’s rights – 1848.  An issue addressed during the gathering was the absence of a voice in political debates. Two decades later, Wyoming becomes the first state to grant women the right to vote. It would be additional 50 years before the 19th Amendment passed both houses of Congress giving women the right to vote. 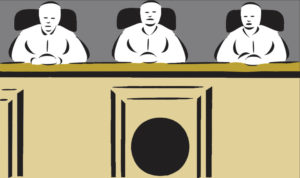 Flash forward to the year 2017 in Maryland where an all male committee failed to pass a bill regarding the safety and justice for female victims of rape. This all male committee made up of three male delegates and three male senators could not come to an agreement for 9th time in a row to end the parental rights of rapists. This bill had been denied for ten years while female advocates worked tirelessly for their voice to be heard on this painful subject since 2007. It was after extreme backlash, embarrassment of having an all male committee being the only voice for female victims of rape, and it conveniently being an election year, that the bill finally passed through in February of 2018. Maryland is now the 25th state to use “clear and convincing evidence” to terminate parental rights in a civil court.

Why is it taking decades for women to get justice? Why are there still all male committees that make decisions on women’s safety and parental rights? While we may have the 19th amendment that states women now have the right to vote, we are far from equal. Equality means there are an equal amount of men and women who are making and passing laws. While Maryland finally acted upon this injustice instead of turning their back on women like they did for years, there are still states that do not have any laws to protect victims of rape and their babies from being victimized over and over again through custody battles. Alabama and Minnesota still have no law terminating parental rights in rape cases. Potentially a rape victim could be sharing custody with her rapist. A mother who gave birth to her rapist’s baby is a mother who would do anything for the life and safety of her child, but the court system would take away her rights to protect her child and hand those rights over to a rapist. It is a complete smack in the face of victims of rape. A woman then becomes a slave to the court system and slave to her rapist as she does not have a voice or choice but is left helpless again. 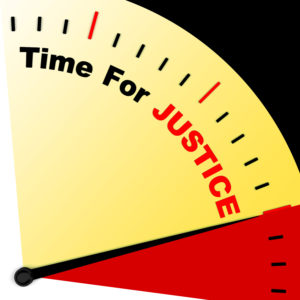 The states that require “clear and convincing evidence” in rape cases are making it easier to terminate parental rights by allowing the hearing to be done in civil court. It is the highest burden of proof needed to terminate parental rights in the cases of neglect, child abuse, and habitual drug use. Some states, like Arkansas and Kentucky, still require a conviction of rape in a civil court before terminating parental rights. However, RAINN estimates that less than one percent of all rapes lead to criminal convictions with incarceration. This doesn’t give any hope of justice to victims of rape let alone those who conceive during rape. This does mean that those who have conceived in rape might have to bring their case to civil or criminal court if the rapist seeks shared custody. It does mean that in states where conviction is required, there is little chance of winning the custody battle. It does mean that there are many laws that still need to be changed. It does mean men and women are not yet equal in the eyes of the court. Maybe in another 50 years we will see the change that needs to have happened years ago. 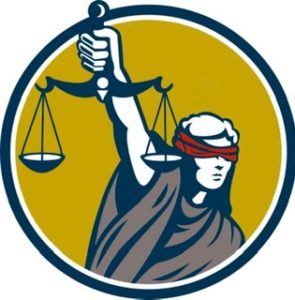 Sarah is a wife and mother of two. She met the founder of Choices4Life in 2017 and was moved by her story. Sarah has witnessed abusive situations in her past and hopes she can help women and families get help and justice. The women in those situations felt they couldn’t get out of those situations and didn’t have a voice. They felt ashamed and hopeless. She grew up wanting desperately to speak for them. She is passionate about the truth and wants every woman to know there is hope and life after abuse and rape. Every woman and child deserves to be loved, wanted, and cared for without exception.