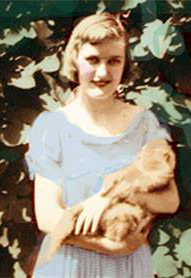 57 a 22 year old woman had the night off from her nanny job. Her employers dropped her off at the movies but when the movie finished around midnight they were too drunk to pick her up.  Her home wasn’t close. Walking a few blocks she was attacked on a street corner by 8 young men. She was beaten, raped and left for dead. Fearing they’d come back to “finish the job” she laid there.

Finally she mustered enough courage to move. Once home no one was told what happened. Bags packed she quit her job and returned to her parents in Mississippi. Even they wouldn’t find out till later what had happened. It’s not unusual for victims to want to just forget and tell no one. Three months later Ann learned she was pregnant and told her parents. They didn’t believe she was raped.

Abortion wasn’t legal in 1957 but that didn’t stop doctors from doing it. Ann’s doctor told her “I can take care of it” and her parents also pressured her. “You will not take care of ‘it,’ Ann sternly stated. “It is my baby!” Had Ann not been strong she would have lost her baby that day. It wasn’t easy being not believed and pressured.  Then there was the pain of giving birth.

Ann was in labor for 36 hours. Finally her baby was pulled out with forceps. Sadly she was not allowed to even see her baby. An older woman took pity on Ann and snuck the baby into Ann’s room. There was no greater joy than for Ann to hold that child she called a gift from God. She would later say that the baby didn’t remind her of the rape but instead reminded her that God loved her so much He gave the best gift ever. 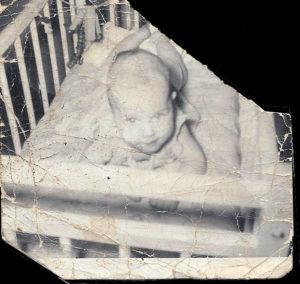 The baby was placed for adoption …a closed one.  A WWII veteran and his wife couldn’t have children naturally. This saved child would be their 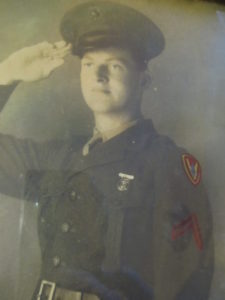 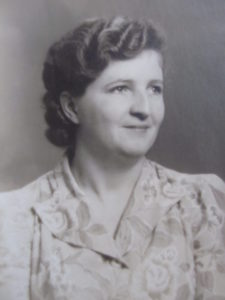 Ann wrote a letter to Catholic charities saying if her daughter ever wanted to contact her she wanted to hear from her.

But the agency would never give that letter to her daughter. Ann lived years thinking her daughter just didn’t want to meet her.

It would be 48 years before the two would meet again.

I had no idea my mother was raped. My adoptive parents were lied to. They were told that my mother died giving birth. I suppose that was their way of keeping me from ever looking for my mother. It was also a way of not disclosing possible “damaged goods” to adoptive parents.

In 2003 a court order got the information needed to start the search. A hostile reception was waiting for me. The social worker at Catholic Charities leaned over and said, “Your mother was RAPED!” I felt like a brick had hit my face. I can’t remember anything after that until I was sitting in my car. The shock was horrible. I started to doubt my own value and existence.

I was married, with two sons… loved. But suddenly all I could think of was what the world generally feels about the rape conceived. I was worthless!
That is not what our Creator thinks. He creates everyone with a purpose. To give satan any credit for my existence is to insult our Creator in the greatest of ways. No one creates life except the Creator of the universe.

He touched me in a very deep way. I knew I was created in His image and nothing could ever change that. My purpose in Him would be fulfilled. 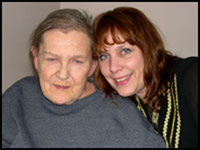 I met my mother in 2005. My eyes and heart were opened when I realized  she didn’t think of me the way the world said. Ann didn’t see me as a monster. “You gave me a reason to live.” Ann said. So many other victims pregnant after rape have told me the exact same thing.

Well fast forward. Ann passed away in 2012. I was the last relative to see her moments before she passed. They say she held on until I could fly in to be with her.

I’ll be 63 on February 14th. Looking back on my life and hers I see there truly was a plan. Evil had one plan to destroy life but our Creator has greater life plans. Today I have 2 sons and 7 grandchildren. From 42 years old to one and a half. One choice started this whole life chain. If people were honest many are alive today having a rape conceived person in their lineage.

I started the non profit Choices4Life because my victims today still have the same problem my mother had. They are not believed and they are pressured to abort. Choices4Life through generous supporters has helped to save hundreds of babies and mothers. I give credit to my mother for all that she did for me.

Rape is wrong but executing a person for the crime of another is more wrong. My life is worth every ounce of effort. The legacy of my mother has no measurable end. But life is always better than murder.  You can count on that!