I was raped by my husband on our wedding night. The feeling of extreme shame is one I cannot forget. The rapes happened nearly every day. I felt inhuman; something was wrong with me for him to do this, I was sure.

Eventually, I ended up pregnant. My abuser informed me that I would have an abortion. I cried all night, wishing I wasn’t so alone.

Being pregnant gave me the strength to leave him. My lawyers informed me that this would ruin his life; I should confess to lying. He accused me of cheating, claimed the baby wasn’t his. “Men are sexual creatures. Did you try just letting him? Maybe because you’re a virgin when you got married, you didn’t understand sex. You probably enjoyed it more than you thought.”

He wasn’t arrested; he was allowed to stay in our apartment, walk around freely. After all the documented abuse, he was only found guilty of destruction of government property and sodomy with force. The last one is because he admitted to it on the witness stand.

With nowhere to go, I was put in a hotel… that was for men only! If I hadn’t been pregnant, I would have tried suicide. I begged G-d to take the baby, to take my life, to help me. It seemed my prayers were on deaf ears. G-d abandoned me.

I have medical issues, resulting in poor memory, but I remember November 24, 2004. I remember seeing the overcast sky, echoing my gloomy feelings. I would soon be homeless; a baby would be selfish of me. Aborting would be the best option.

I remember lying there, feeling the squirt of jelly. The technician murmuring, adjusting his monitor, moving his wand around my stomach, and his breath of relief.

“Your baby appears to be fine.”

I looked at the monitor and time froze. I can remember every detail, even without the pictures. I remember the moment I fell into a deeper love than I had ever known. My son, seeming to understand, waved at me.

Aborting him wouldn’t undo the rape, wouldn’t make me less homeless or feed me. Killing him because I didn’t like his father didn’t made sense. Suddenly, I had strength.

Homeless, pregnant, penniless, on the streets just before Christmas. Finally, someone took me in, contacted my family, and I moved in with them. I shared a room with a sister and her friend, but it was warm and had food.

My mother-in-law pretended to be on my side until her son was released after just a couple of months in jail. She changed, saying her son wouldn’t do that, and I was a liar. My family’s church was not supportive. I was told it’s unChristian to divorce. Maybe if I obeyed him, like a good wife, this wouldn’t have happened. I didn’t pray hard enough. Did I try fasting? Although they were against divorce, many came and pushed me for an abortion. I didn’t want to be divorced and a single mother. How would I support him?

Most of my family was unsupportive. My mother constantly complained of the financial strain. I tried to eat as little as possible. I kept myself in my room, often crying myself to sleep.

Despite my memory, there is another that has not faded. My husband wasn’t there, trying to help. I wasn’t yelling at him or crushing his hand. Instead, I had my mother and mother-in-law, wondering if the marriage could be repaired. Even giving birth, I was alone.

The moment I saw my son for the first time, I knew I would have endured labor for as long as it took, even worse than it was, if it meant bringing him into the world.

Those in the room told me that when I first saw him, I breathed the words, “That’s mine?” Nothing in this world had ever been as perfect, as amazing at this baby. I marveled over him. The doctors insisted he was fine, but I counted toes, fingers, and ears. I held him for as long as they would let me. He hadn’t even cried.

He wailed like a banshee when they took him away, and I nearly had to be restrained to keep from going to him. The moment they handed him back to me, he opened his eyes and looked right at me. 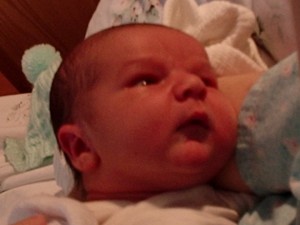 In that moment, I realized I had never been alone. He’s been my cheerleader, encouraging me to do my best. I had a reason to fight, to get up in the morning. A reason to stay strong in the upcoming child custody battles.

Now that he was born, I could begin the divorce. I was in court nearly every month. No one came with me. I had to drive there alone, risk getting attacked in the parking lot, and sit alone in a room that he could enter and lock behind him, doing whatever he wanted to me until help arrived. Every time I saw him, I nearly fainted.

No friends to encourage, give advice, or hold me when I cried. No one to calm the nightmares.

After two years, his breaking the restraining order repeatedly, and going to jail for failure to pay child support, my rapist finally just stopped showing up in court, and they awarded me sole rights and responsibilities.

The courts didn’t go easy on me, though. I had to obtain a full time job before his second birthday, or they would consider taking him. My mother’s house was evaluated to see if it was acceptable, and my family was questioned. Again, I was made to feel like the bad guy. Desperate, I worked making minimum wage. I saw my son only a few hours each day.

I worked hard, knowing I had to provide for him. I pushed for a promotion, something I never did before. I went to school for a Bachelor’s degree, the first in my family.

I’m remarried. We have two more children; he doesn’t treat my son any different than the others. Three years ago, he adopted him, making him legally ours. 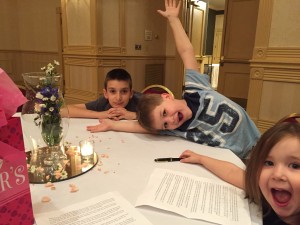 My son is changing the world. He started reading at age three. By five, he read the Chronicles of Narnia, and beat me at chess and Monopoly. His intelligence attracted one of the top schools in the country.

When he found out about illnesses in the world, he asked how he could help. At five, he began fundraising, raising money for suicide prevention and Chrohn’s Disease. At seven, he raised so much money for kids with cancer, he earned the attention of Patrick Dempsey. 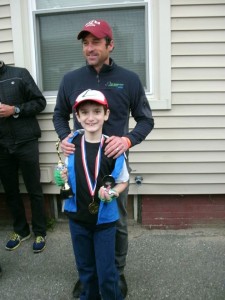 William plans on becoming an astronaut and being part of the expedition to colonize Mars. A former astronaut informed me he’s a natural, and I should do whatever it takes to make sure he achieves his dream.

I had the honor of attending the Freedom March and the Hero Mom reception. While I felt honored, I didn’t see myself as being heroic. My son deserves the credit; amazing, funny, sweet, cute, talented, kind-hearted, and intelligent. My son saved my life.

That being said, as I listened to each mother tell her story, I looked at them as heroes. I admire and look up to them. I came to a very real understanding.

I was never alone.

A study stated that a rape occurs in the United States every 100 seconds. Husbands, family members, friends, strangers.

I shared my story publicly for the first time. As I spoke, I saw the looks on their faces as what I said resonated with them. They had gone through the same things, miles apart. We cried with each other, felt our shared pains. We cheered and rejoiced in our strength. When our children met, we got chills.

As I shared my story, I looked at my son and saw his face, beaming with pride, tears pouring down his face openly.

The next day was the award ceremony. I accepted it and realized the magnitude of what we were doing. We were publicly acknowledging that our children weren’t mistakes. They weren’t our rapist’s children. They weren’t a chain to hold us down. They are wings, and they are the reason we soar.

I am free. Not just from my abuser, but from his lasting effects. I am no longer afraid to tell my story. I plan on attending every Freedom March. People need to know, they need to understand.

You are not alone. 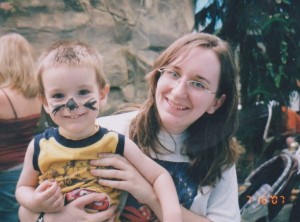 8 thoughts on “My Rape Conceived Son, My Freedom”