It’s Hard But Not Impossible

When you’re young anything can become a crisis. Can’t find a shoe and you need to be somewhere important – crisis.  Look in the mirror the morning of a photo shoot and there’s a pimple – crisis. So imagine finding out you’re pregnant after being raped! This could easily feel like the end of the world. But in reality it is not. Ideas about life and babies play a huge role in what happens next. “Without support anyone would crumble” says Anna Richey (raped and pregnant at 12 & 13 by her stepfather) When she told her stepfather she was pregnant at twelve he gave her an abortion pill and beat her until her baby died. 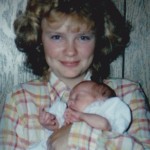 At thirteen she told her mom. Her mom put the stepfather in jail immediately and Anna (picture at left) gave birth to a beautiful girl. We all need help at some point in our lives. Girls pregnant by rape need lots of emotional support. Being raped makes a female feel horrible, worthless, dirty, and even suicidal. It is beyond words to describe what that violation does to a person not just physically but in every way imaginable. So trying to think rationally at this time is near impossible without help. It hurts that those you love aren’t supportive. In cases of incest they may even blame you.

This is the worst form of abuse. It isn’t your fault. We are here to help you. If you need a safe place to live we can help. It’s hard but not impossible. Everyone wants to be a hero. Your baby is counting on you and we want to help. Just talking to someone who knows what you’re going through will help no matter what situation you’re in. Mothers who have been raped by family members and now living free are willing to help you through this. Anna Richey is available. Mothers who couldn’t and still can’t tell anyone she was raped can talk with you too. These mothers simply tell their stories and listen to yours. Legal advise will be turned over to lawyers if you need or want that.  There is hope. There is help.

Girls have said the stages they went through was 1.Denial- This can’t be true 2. What am I going to do? 3. Depression and feeling you’d rather be dead 4. Afraid to tell anyone. Embarrassed and fearing no one will believe you.
If you’re able to find someone who supports you and believes you things WILL get better.  (We are here to help you-during and after pregnancy!) While women feel ashamed, the shame does not belong to you. It belongs to the rapist. But now what?
If you are a minor and your parents or anyone is forcing you to abort that is illegal. It’s illegal for anyone to do that to anyone but know that even if you are a minor you can say no! No one has the right to force you to abort. Call us and we’ll help. Don’t let a rapist stop you from telling by saying he will kill your family or other loved ones if you don’t abort. Most abusers threaten their victim. There is help. There are many who have been in your place and are doing wonderfully now. You can talk with them and know that you too can do this.  A precious baby – YOUR baby – wants to live. You don’t have to make any decisions about what to do after the baby arrives while you’re pregnant. Taking care of yourself and your baby is what matters first. Rest assured that we will help you if you want to keep your baby and choose to raise that child or if you decide to place your child with adoptive parents. Either choice is a loving choice that brings life both to your child and to you.

While many will suggest abortion, that decision can never be reversed. But if you give birth and decide you can’t raise your child you still have the loving choice of placing your child with other loving parents. One mother said “you don’t know what you’re doing until it’s too late with abortion.”  She went on to say that “the baby is not a reflection of what happened but a miracle instead. Just wait until you hold that precious baby.”  Another woman said “I always said I’d abort if I were raped and pregnant. I looked at the positive pregnancy test after rape and thought ‘I have to get rid of it’ but her next thought was “This is MY baby.”  Still another woman profoundly put it “A man stole my body and society is trying to steal my baby.”  It’s not easy but great things never are.

Don’t let the world cheat you out of being the mother of a live baby. Abortion makes you the mother of a dead baby and Silent No Morehas countless testimonies of heartbroken women who were lied to.

Call us and we will help. Don’t believe those who say we only help during pregnancy. We help moms with older children also. Someone does care. My own mother was where you are. She chose to place me for adoption. I am so grateful for my life. She is my hero. You will be a hero to your baby whether you raise the child or place for adoption. Contact us now. 281-451-8460.

A report done by The Elliot Institute shows that there are “better outcomes among women who don’t abort. 70% had their babies, and none regretted their decision.•78% of those who aborted had regrets and said that abortion was the wrong solution.”  Many women have told me that they were raped but not pregnant then at a later time became pregnant and aborted. The feeling they had was of being raped again and now a baby of theirs was dead. I’ve found most women pregnant by rape want their baby. It’s just that society doesn’t understand how. I believe it something between God and that woman when she KNOWS this baby is a gift.

God has not forsaken you. It’s hard but not impossible.