Here in the United States, we are often frustrated with how pro-abortion in our country seems to be, though a recent study shows that the number of abortions are declining. Even states that have decided to require a waiting period before you get an abortion waive it for you if you have been (or claim to have been) raped. Those of us who choose not to murder our children are too often punished by having to give parental rights to the rapist. Somehow, it is acceptable for me to kill the child without his permission, but in order to keep my baby, love him, and support him, I have to fight the rapist for it. We truly are a messed up country.

It seems no matter where we go, we are worth more or less depending on how we were conceived.Too many pro-life people are willing to sacrifice children like my son to push a bill across. I happily celebrate every life that is saved, and I am elated when I hear there are more restrictions to abortion in our country, but why is one of my children worth less than the others? Why do we allow people to start down the slippery slope of allowing abortion?

I grew up in a military family, and I has instilled in me at a very young age to be proud of my country. I have heated debated anyone who dared to challenge me on this. My eyes have slowly opened as I have grown and as people drive this country into the ground. While many of us may pride ourselves on being the best country in the world, it turns out that in some areas, others have us beat. Peru is one of those countries because Peru rejects abortion.

According to the news, Peru rejects abortion bill  introduced to allow abortion in the event of a rape. Let’s stop right there and ponder this statement for a moment. A bill was introduced to allow abortion in the event of a rape. This means that it is currently illegal in Peru to have an abortion. Not only is it illegal, it does not matter if you were pregnant from being raped; illegal is illegal. They place value on all life, not picking and choosing like we do here in the United States when we do not like the gender or because we only want one child. No offense to Peru, but when I consider the top countries of the world, Peru is not one of them; yet they got their stance on abortion right when we – the land of the free unless you are not born yet — could not. Peru rejects abortion bill again.

Peru has long had this stance on abortion. People have protested, but, thankfully, the majority of lawmakers ignored them. If you go to the link, you will see that women (according to pro-choice women, men are not allowed to have an opinion since they lack a uterus) decided to protest not with signs or petitions or by raising awareness and marching (although they did once [topless!] and it ended in violence). They chose to strip nearly nude and paint themselves.

Women approached the building wearing black robes and red shoes. Underneath their robes, they wore skin-colored garments similar to bikinis and painted designs on them like flowers. I don’t know about you, but when I beg lawmakers to let me kill someone, I always dress up, too.

Sarcasm aside, what were these women thinking? Why did they paint symbols associated with life while they begged for murder? Did they deliberately choose the black robes to represent death? Did someone come up with the idea for red shoes to symbolize the blood spilled? Perhaps it was to remind us of the love that the mother would never know for her slain child or the hearts that stopped beating.

Sadly, this is not the first time the bill has come up. Unfortunately, the persistence wore down one lawmaker. Even worse, the majority of people believe abortion should be allowed in cases of rape. Let us all pray that the lawmakers stay strong and that one day, our great nation can do the same. Life begins at conception, no matter how a baby is conceived. We are #AlwaysHuman and we all have value! 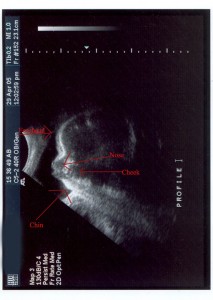