The pro-life community just sent the wrong message. On October 23rd 2015 the pro-life community celebrated a victory as the House of Representatives passed a bill to defund Planned Parenthood for one year and redirect those funds to other healthcare facilities offering even more comprehensive services. 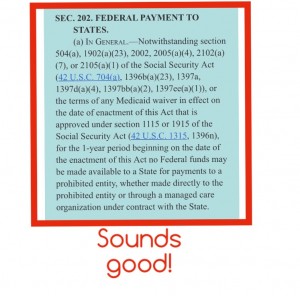 I thought so too until I took the time to read the bill myself and realized not even two sections into that bill once again has the rape exception clause.

For those who aren’t familiar with the political tactics used in the war against abortion, I’ll explain. Nearly every pro-life bill proposed has an exception for cases of rape. Those who write these bills know if they leave out the exception the bill would be less likely to pass, and that’s a huge issue with me.
Since when did it become acceptable and even praised when a “Pro-lifer” clearly states in text that a child conceived in rape is not worth protecting? Why is it okay that “pro-lifers” are aiding victims of rape in getting abortions? We’re all so concerned for the unborn and the effect abortion has on a woman except in the case when our concern is most needed. As a survivor of rape myself I can honestly and knowingly say we need people to intervene for us, we will rarely if ever seek help. A victim of rape is terrified, confused, in shock, and just hoping somebody will come to save them. Victims need to be defended not exploited. Women pregnant after rape need to know that they AND their child are valuable and will be supported. 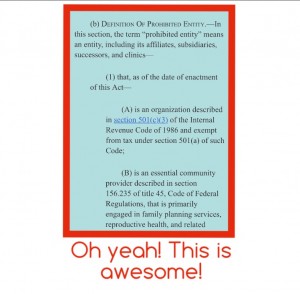 the pro-life community is telling these women their child isn’t worth saving. This is not an acceptable way to go about achieving our goals. The pro-life community should be doing all we can to protect these women and their children. We should not be using them as pawns in a political game. Every single time I see the exception clause I am reminded of my attack and the fact that me and women like me don’t deserve the effort of the pro-life community. I always relive the nightmare that happened to me and I remember I am who they are talking about, if I had a baby after my attack they wouldn’t even care to protect us. We would just be cast aside as not worthy of being included in these “pro-life” bills. It breaks my heart to know that people are celebrating, as victims of rape are silently begging for someone to defend them. They don’t want to abort their children but when even the pro-life community says it’s okay to do so they feel like they have no choice. Even the people who defend life are casting death upon these children.

I’d be so glad if the house voted to take away the funds that could possibly be used towards abortion procedures but they have not yet done that. As long as the exception clause exists abortions will happen and we will fund it.
Sadly, some women will claim an attack to get what she wants. Who’s to say every woman who forgot her pill one day and wound up pregnant isn’t going to come in and claim an attack happened and she needs it “taken care of”?

As long as that clause exists there are people who will take advantage of it.

I know many argue “what if she reports it and it’s proven not to be a false claim excuse?” And to that I say does it really matter?
Is that child any less alive than the other unborn? Is their heart not beating at three weeks just like mine and yours did? There is zero difference about that child. Certainly nothing to justify them being led to death. Rape is the only crime that happens where the law will put to death an innocent party. Rape is the only crime that we punish the child for the sins of the father. We condemn these children for an action they weren’t even present at the time of.

The rape exception is the worst message we can send to women in need. The pro-life community just celebrated a win bought with the lives of the rape conceived unborn. What a hypocritical move we just made. 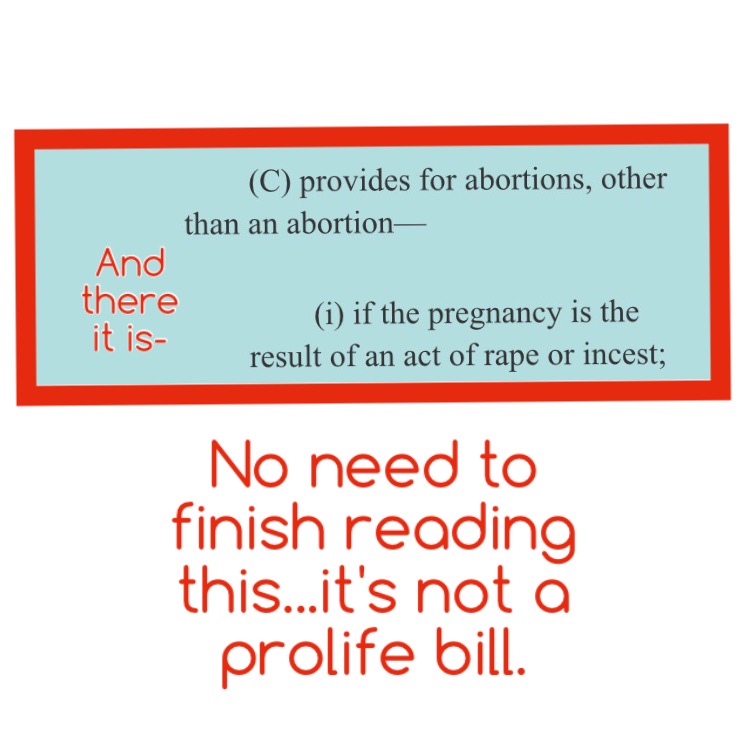 I would like to challenge all of those who are truly pro-life to join us this spring at the Freedom March where we will publicly speak out against the targeted abortion of the rape conceived on the 50th anniversary of the first abortion for rape. For information check out freedommarchlifewins.org

We must all be in agreement that victims are worth supporting and their children are worth defending.
We will not end abortion until we recognize that nothing, not even rape, justifies taking the life of an unborn child.
Start being 100% pro-life and demand the same from our representatives.
We can and should be doing better than we are.
No more exceptions.

Jamie Jeffries aka Pro-life Wife is a pro-life activist, musician, and writer in Nashville Tennessee. With the support of her husband she dedicates her time to connecting people with pro-life organizations and assisting churches in becoming active in the fight to defend the unborn. On the Board of CHOICES4LIFE she has recently signed on as an education coordinator and hopes to use her experience as a victim of rape to benefit others. Jamie is a “no exceptions” activist and promises to continue fighting until every unborn child is safe from abortion. You can follow more stories from Pro-life Wife at prolifewife.wordpress.com