The War is Won! Military Spouse Triumph After Rape

It was an open-and-shut case, she thought. She had all of the evidence: destruction of government property, unsafe and unsanitary living conditions, hospital records, including that time she was put in the hospital for a week. A whole week! She had witnesses and, after much coaxing from an on-line friend, she had her very detailed notes. This would be a cakewalk.

If you have never been abused, you don’t know what it is like to see the abuser again. Think of something you are afraid of. As a child, it was my father walking across the house toward my bedroom, when I knew I was supposed to be asleep but had been playing instead. That sound struck terror into my little heart, and I would fly into bed and shut out the light, knowing it was useless; he knew what I had been doing, and I would be punished. This is a very similar feeling to facing an abuser, only worse. I knew my daddy loved me; she knew this man did not.

She had two lawyers, provided by the military. They had warned her the consequences of lying; this was his career. Should he be dishonorably discharged, he would likely never be able to find a real job again. Was she sure she wanted to do this? Was it really that bad?

This would not be the first time she was called a liar and other things. It wasn’t bad enough that even with all of her evidence, with her in protective custody, and with her two lawyers, but to face him… she couldn’t. Her months of resolve vanished, and she shrank in terror when they told her to enter the room where he was. No, she pleaded. I can’t do this. He’ll kill me this time. She was told that she had to; he had a right to face his accuser.

They forced her into the room, where she was drilled for hours. Both sides hinted or outright accused her of lying, cheating, and attention-seeking. His lawyer said what she had heard echoed from family and supposed friends for months. “If it was so bad, why did you stay? If you didn’t want it, then why are you pregnant? If he was so bad to you, why are you keeping the baby?”

The baby. She felt the little one kicking in her, feeling her stress. When she had first realized she was pregnant, she was happy. She had always wanted to be a mother, nothing else, not a doctor or singer. She thought maybe he’ll finally be happy with me. I’ll give him a child, and I’ll be worthy of him.

His response had been anger. How dare she get fat? How dare she put a strain on their already stretched finances that simply had to go to more important things, like sending half of his paycheck to his mother who didn’t need it, and buying playing cards, and paying for his pornography addiction. She would abort it, he told her. Get rid of the thing.

Her first response was shock. Kill her child? Kill the baby she had been dreaming of her entire life? For the first time in a long time, she found the strength to fight back. No, she told him. This is our baby; you don’t mean it. He showed her he meant it. He slugged her in the stomach. Get rid of it, he warned her, or I will.

Panic led her to finally call for help. What if her baby was injured? The first number she called told her they couldn’t help her and hung up. Almost a year of abuse, rape, and torture-she was finally trying to leave, and there was no help. It took a while before her on-line friend could coax her into trying again. She called a second number, but they told her to try the first number and hung up on her. Shot down again. Her friend pushed her to try one more time, and if that didn’t work, he would fly to her and get her himself. Never mind the almost $2,000 plane ticket for just himself. She tried one last time, and someone answered. Someone heard her and sent help immediately. After almost a year, she finally got help.

She was put into a hotel for about a month, then sent back overseas. Having nowhere to go, they dropped her off in the middle of winter in the middle of the United States with no money. She lived in bus stations and airports, dragging what little she was allowed to keep (her husband had claimed the rest) behind her in a tote. She ended up at the home of that stranger she met on-line who helped her get out. He then helped her find her way back to her family.

Her family and friends encouraged an abortion. She was asked to leave her family church, as they did not believe in divorce under any circumstances. Feeling abandoned and hated, she began wondering if she should have an abortion. Did she want to look at her abuser’s offspring? Did she want to explain to her child how he was conceived? That he wasn’t wanted? What if he turned out like the abuser?

As questions plagued her, she went in for an ultrasound to see if the baby had been damaged by the abuse. She never expected to see what she saw. She didn’t see a child conceived from rape. She didn’t see a future abuser. She saw her child. Her son. She saw an amazing baby, his heart beating, living because of her. She felt love at first sight. She knew then that she would not kill this innocent child; her abuser did the wrong, not this baby. Not her son.

She had to fly back overseas for the court hearing. They had pushed up the date to ensure she was safe to fly; she had wanted to wait in case he attacked her, the baby could survive outside of the womb. When she walked in, she expected hate or rage; what she saw was boredom. He didn’t care that she was there and didn’t care she was pregnant. He just sat and doodled the whole time. She was interrogated for a long time, not even stopping for water or a bathroom break. She was shipped back to the United States immediately afterward. She eventually received the verdict: despite all of her proof, the hospital records were inconclusive, the witnesses refused to come forward, and she was deemed a liar. He was found guilty of destruction of government property and forced sodomy. That last one was only because he confessed when he was first taken into custody. He served a couple months in jail and was released back to the United States, not 20 minutes from where she lived.

She gave birth to her son and looked on him with all of the love a mother can possess. This was no rapist’s son; this was her amazing child, innocent and full of unknown potential. This was her son. 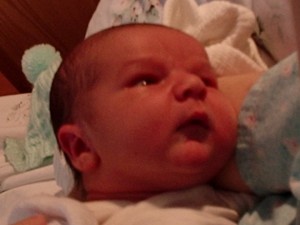 With no support and no one who believed her, she struggled as a single mother for years. She had to attend every court date to fight for custody of her son without any help or protection from her abuser. During this time, he repeatedly broke the protection order against her without repercussion. When ordered to pay child support, he refused and served jail time for it until his mother paid it for him. Finally, after two years, he stopped showing up to court at all. She had to pay to serve him papers repeatedly, but he refused to accept them. After multiple attempts, the judge finally gave her sole rights and responsibilities to her son.

She is now a remarried mother of three children. She moved away from her abuser. Her son is now 10, adopted by her husband, and is labeled as “gifted.” He dreams of being part of the expedition to colonize Mars. He recently had the opportunity to meet with a former astronaut who put him through some tests and stated he was a natural, and she had to do everything in her power to put him into the space program. Last month, her son was recruited by one of the top schools in the country and was able to skip a grade. She doesn’t see her rapist; she sees her amazing son, and is thankful every day she kept him, no matter how hard it was. The war is won for one triumphant mother.

Sara Gerardo is a student and mother of three. She was briefly married, where she was abused, tortured, starved, and raped. She conceived a son, which gave her the strength to leave her situation. Sara is now remarried and resides in Texas with her three children.

4 thoughts on “The War is Won! Military Spouse’s Triumph After Rape”