Tiffany was sitting outside an abortion clinic. She had used almost all of her money to travel by bus to get to this clinic that was open on Sunday.  Her little 2 year old was with her. Tiffany was texting in a group. She told them that she had been raped and she was now pregnant. Already responsible for herself and a 2 year old she felt there was no other choice but to abort. No money, no home, no hope. 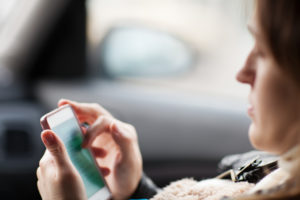 Kay (not her real name) one of Choices4Life‘s clients, happened to be in that chat group and saw Tiffany’s posts.  Kay knows what it’s like to be raped and pregnant …at 13. She also knows the joys of having a 6 year old. No regrets.

Tiffany and Kay talked back and forth. Finally Tiffany agreed to let Choices4Life help her.  Housing for victims and their babies was available at no charge to Tiffany. Choices4Life paid for a bus ticket to the town. Waiting at the bus station was a woman who runs the apartments. Sally (not her real name) saw how sick Tiffany and her son looked so she immediately drove them to the hospital.

That’s when a series of amazing events happened. Mom and child were both examined. Mom went immediately to the Intensive Care Unit. Multiple infections were overtaking her body. A sonogram showed Tiffany was carrying twins. Meanwhile her 2 year old was found to have a ruptured appendix and a leaking gall bladder. Emergency surgery was needed for him to live. Doctors also discovered adenoids to be blocking most of the child’s airway making it difficult to breathe.  Along with all of that the poor baby had cysts on his kidney. But he was going to be ok now.

Upon closer examination doctors learned that Tiffany was in renal failure. Her chances of living past 5 days was probably impossible. She needed a kidney transplant immediately.

Tiffany at this point was homeless and without funds for anything. She seemed to have no hope when a nurse stepped up and offered to see if she was a match for a kidney.  She was! The nurse was a perfect match.Within in 24 hours from the time she arrived at the hospital Tiffany was in surgery! Not sure about you but I’ve never heard of anyone getting a kidney or any other organ in less than 24 hours! A specialist who was experienced in doing surgery on mothers who were carrying multiples was flown in to operate on Tiffany. Truly this was miraculous. 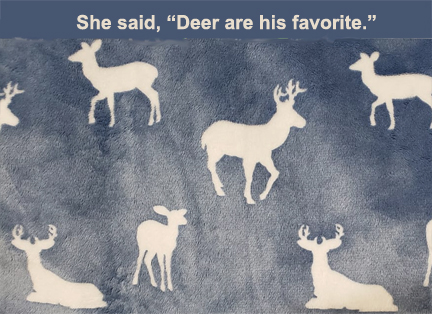 Sally contacted me. She knew I made Minky blankets. Shannon Fabrics are so very soft and are used to help in traumatic situations. Sally told me the boy told her, “Some ladies hurt mommy and took my blankie.” That just broke my heart. I told her I’d get to making a special blanket asap.  It was sewn that evening and ready for mail in the morning. I described the blanket to her. What she told me brought me to tears.

When they arrived at the hospital an animal coloring book was given to the boy. He immediately looked through it and found the deer. With his hands he made the shape of a heart. Tiffany said, “Deer are his favorite.”

I had no idea he loved deer. But the feeling to do the deer was pretty intense. I cried knowing that there was something very special happening.

The doctor was willing to discount the surgery by 50%. Another miracle! But the deadline was the next day. $65,000 was needed. In less than 24 hours? A wonderful woman donated $60,000, someone at the hospital donated $3000 and Choices4Life gave all we had – $800, but we just couldn’t come up with the rest of the $1200 by the end of the next day. The doctor agreed to extend the deadline 2 more days. Sally called me and we began the fundraiser.

Appeals went out on Facebook. There would be a live fundraiser on our Minky4Life page on FB. With a wonderful volunteer named Sandee we worked long hours that one day and night to make scarves. The live would take place on Thursday at 5pm. That was cutting it close but we wanted to have as many scarves as possible.

People started giving immediately. Before the live show even started we had raised $970. By the end of the evening on Thursday we had made our goal plus $60.

This is the most amazing example of “choosing life” I’ve seen. It also is the fastest most miraculous surgeries I’ve seen. I wish I could give the name of the hospital and everyone who made this possible. But sadly not everyone sees this as a good thing. So many of our clients are living secretly because there are many people who want to hurt them. Those who are trafficked and pregnant or pregnant after rape and abandoned are the ones we help. 158 girls  with 168 children conceived after rape are being cared for. Choices4Life helps on a continuous basis.

We strive to keep mothers and their children safe and together. We can’t do it without the support of our wonderful donors literally helping us save lives. If you’d like to be a life saving supporter please go to our donation page. All donations are tax deductible. All visit our products page or contact us for custom minky products.

Maybe one day there will be a documentary. 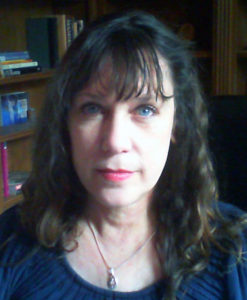 6 thoughts on “One Choice Saves 4 Lives”